Flex Wheeler is back!

From his fb profile

There have been rumors for quite some time – but Flex Wheeler has officially announced it. He will be returning to the IFBB pro stage once again! Flex Wheeler has had one roller coaster of a life and a career. Facing many challenges both on and off the stage – Flex Wheeler was never able to nab a Mr. Olympia win. Yet people still consider him one of the best bodybuilding physiques of all time.

And perhaps NOW will be the time for him to earn the trophy he so well deserves. Get an inside look at Flex Wheeler’s decision to come back to the IFBB pro stage in this exclusive Generation Iron short documentary – where he meets up with Generation Iron 2 director Vlad Yudin, trains, and goes in depth about what the future holds for the legendary bodybuilder.

Watch the documentary above!" 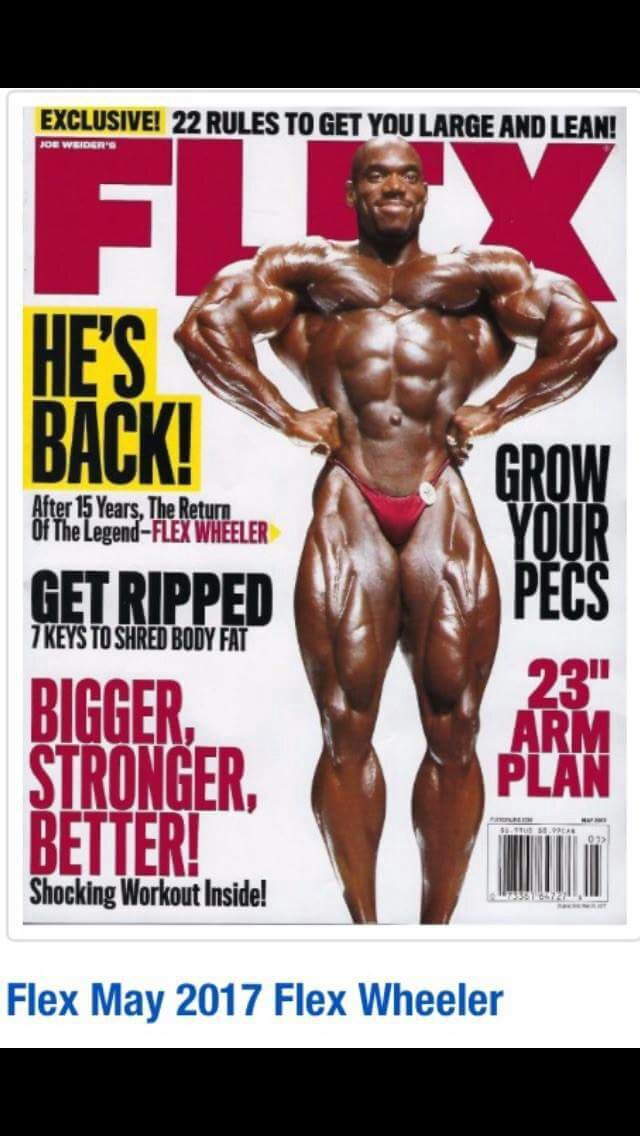 Flex wheeler on the cover of next issue of flex magazine

. It was a great surprise to get home from Brazil and the find my copy waiting for me. I hope you all go out and purchase this issue it's very rare that I get on the cover of a international magazine these days. It is an incredible read and for anyone who purchase it and attends the Olympia bring it and I will sign it at the @blackskullusa Booth. Thank you for all your support

Its a good thing that Flex Wheeler is back. It will ensure that there are no chasms in the institutional memory of bodybuilding.

Flex Wheeler getting prepared for the 2017 Mr. Olympia!