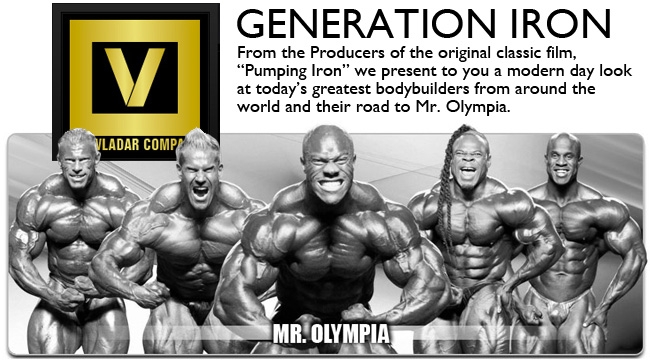 
This film will take an unflinching look into the widely misunderstood world of bodybuilding. Filming was slated to take place in mid-July and the cameras will travel from Brooklyn, NY to Gold?s Gym in Venice Beach, CA. 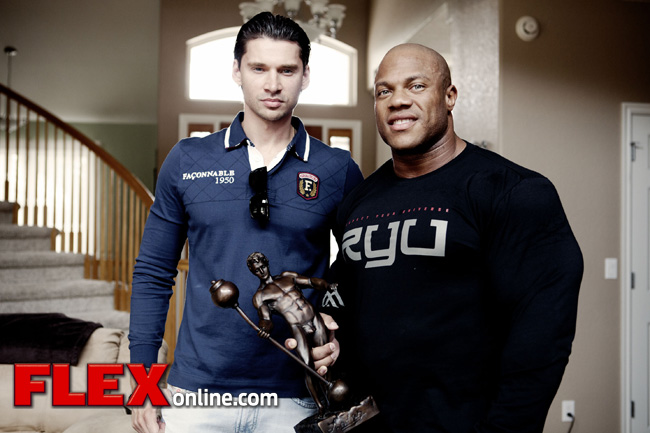 This film will take an unflinching look into the widely misunderstood world of bodybuilding. Filming was slated to take place in mid-July and the cameras will travel from Brooklyn, NY to Gold?s Gym in Venice Beach, CA, to document the lives of each athlete as they prepare for the ?Super Bowl? of bodybuilding. The docudrama will star bodybuilding legends Phil Heath, Kai Greene, Branch Warren and Dennis Wolf and will follow the lives of the athletes as they push their bodies to the limit while preparing for the Mr. Olympia stage at Orleans Arena in Las Vegas.
This is one of many projects in the Vladar Company?s busy 2012 development slate, including the recently announced collaboration with Arcana Comics for the adaptation of the sci-fi graphic novel Head Smash and the paranormal thriller Catskill Park.
Director/Producer Vlad Yudin says, ?There hasn?t been a film dedicated to an in-depth and honest look at the sport of bodybuilding since Pumping Iron, and a lot of things have changed since the 70s. The goal of the film is not just to show the grueling training but the individual sacrifice and immense character these athletes have. Just like the sport they are often misunderstood and I?m hoping to give them a platform to express themselves.? Yudin, who founded the Vladar Company in 2008 along with partner Edwin Mejia, is best known for writing, directing and producing Big Pun: The Legacy (2008), the critically acclaimed biopic about legendary rapper Christopher Lee Rios. In addition, Yudin directed, produced and penned the script for Last Day of Summer (2009), starring DJ Qualls (Hustle & Flow) and actress Nikki Reed (Twilight). 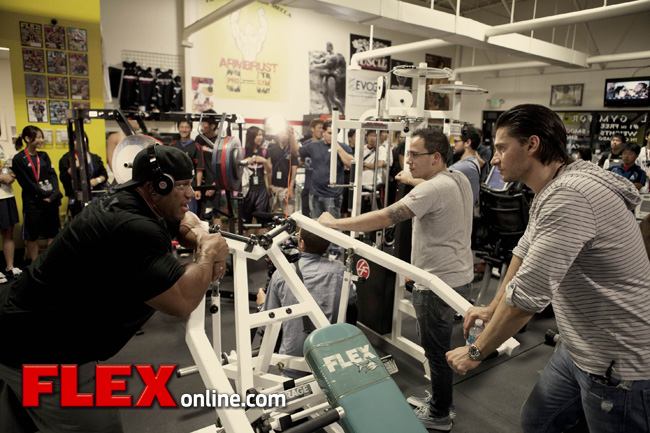 ?This film will provide one-of-a-kind insight into the very essence of competitive bodybuilding by following today?s premier athletes as they prepare for the greatest title in this sport, the Mr. Olympia. Audiences will witness firsthand, what it takes to compete at this level and there is no doubt that new legions of fans will be inspired by the dedication, heart and will of these amazing, larger-than-life individuals. Since taking over production of the Mr. Olympia and the leading industry publications FLEX and Muscle & Fitness magazines in 2004, American Media Inc. has changed the face of the sport forever, bringing it to the masses while still retaining its core audience. We are proud to be partnered with the Vladar Company to make this groundbreaking documentary for the next generation and help take bodybuilding to even greater heights.? David J. Pecker, Chairman, CEO, American Media Inc.
?Every now and then, a movie comes along that influences the public in ways that no one could have imagined. Bodybuilding has been waiting a long time for this moment, but the fact that this film is happening right now, when the sport is more exciting than ever, makes it the perfect time. And the athletes starring in this film are living proof that there are no boundaries to what the human body can achieve. The IFBB Pro League and the NPC have helped turned bodybuilding into a global phenomenon and we are honored to be a part of history in the making as American Media Inc. and the Vladar Company pay tribute to this sport that we so dearly respect and love.? Jim Manion, IFBB Pro League Chairman, NPC President.
Click to expand... 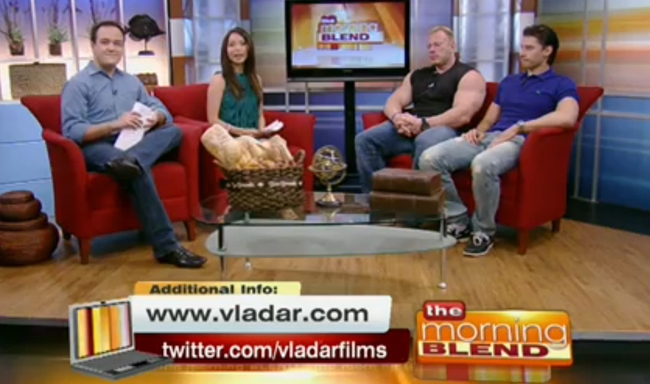 There can only be one champion! The worlds most fit bodybuilders are competing to see who will take the title as Mr. Olympia, and Dao & Shawn speak to one of the athletes IFBB Pro Dennis Wolf as well as a director following the journey, Vlad Yudin.
Click to expand... 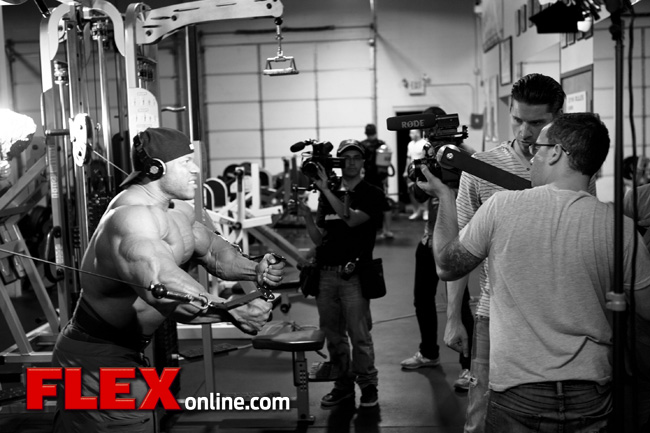 This one I must buy!

to join my Pumping Iron on the shelve.

This is nice, lets all hope its as good as Pumping Iron and as effective as well 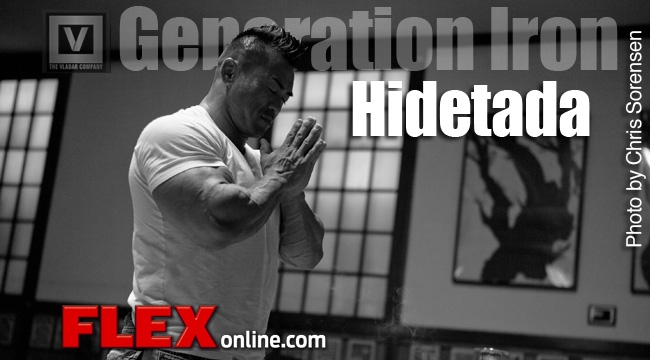 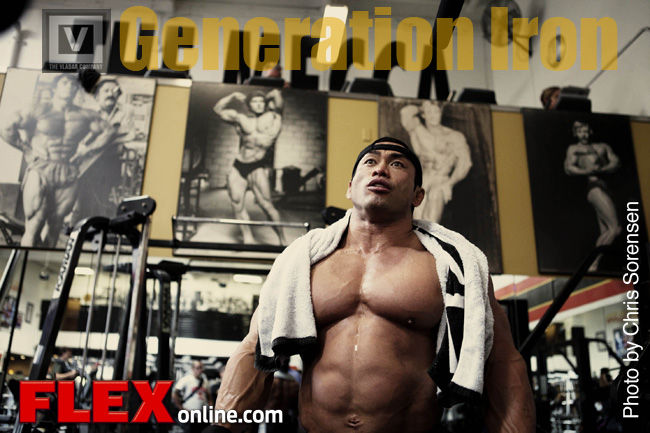 Every bodybuilder has a life outside the gym. Yamagishi is no different. The day may start with cardio, a meal and then the gym for the first workout of the day. 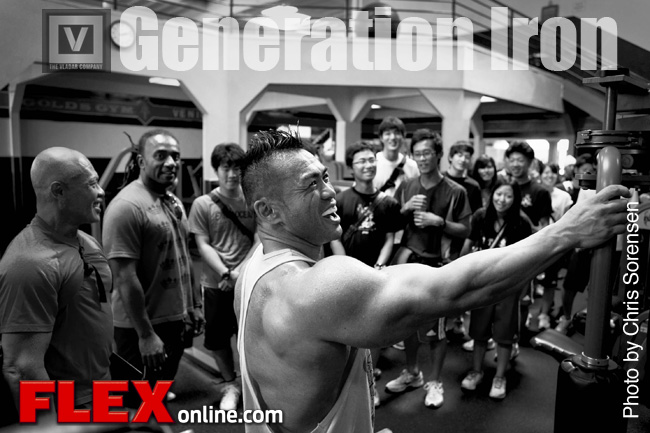 When the time is right, the IFBB Pro Bodybuilder will switch from an Olympian in Training to an Ambassador to the Sport of Bodybuilding. Generation Iron was there to capture the transition. 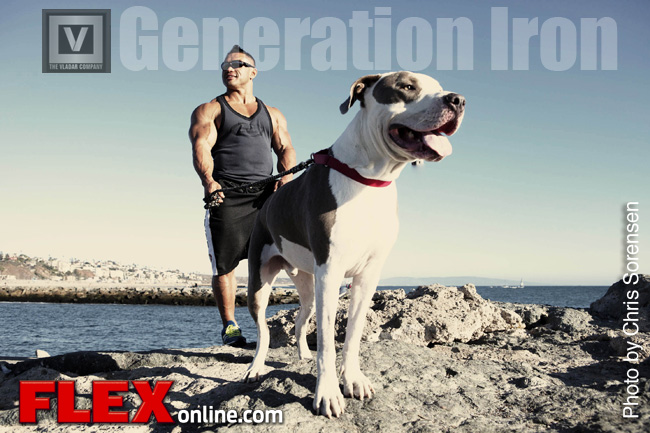 Once the workout is done, a good meal is taken to replenish energy. Some IFBB Pros will take the next few hours to rest, run errands or unwind. Hidetada chooses to take a walk with man's best friend. 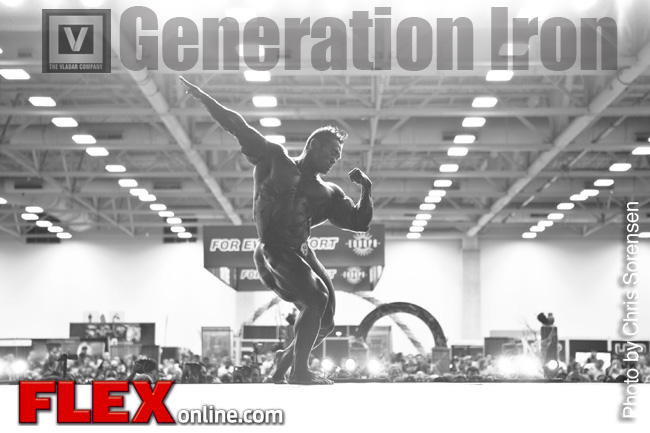 Generation Iron producers have travelled from East to West and back again following IFBB Pro Bodybuilders as they qualify for and prepare for the 2012 Olympia. Here 'Generation Iron' was on hand to capture Yamagishi competing at the 2012 Europa Dallas, at which he took second to IFBB Pro Shawn Rhoden. 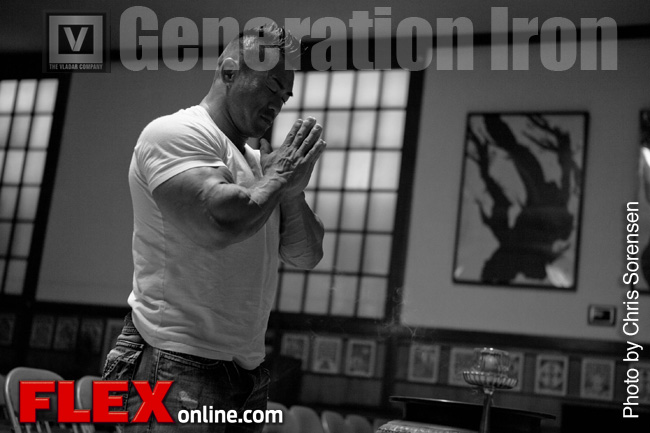 Ultimately, a successful bodybuilder relies on a support sytem whether it's family, friends or religion. Yamagishi is Japanese and, though living in Southern California, he follows his traditions from Japan to include prayers at temple.


About Generation Iron: American Media Inc. has partnered with writer/director Vlad Yudin and producing partner Edwin Mejia of the Vladar Company to produce and direct a bodybuilding docudrama titled, Generation Iron. They will follow the world’s top seven bodybuilders as they fight to bring home the 2012 Mr. Olympia title.
Click to expand... 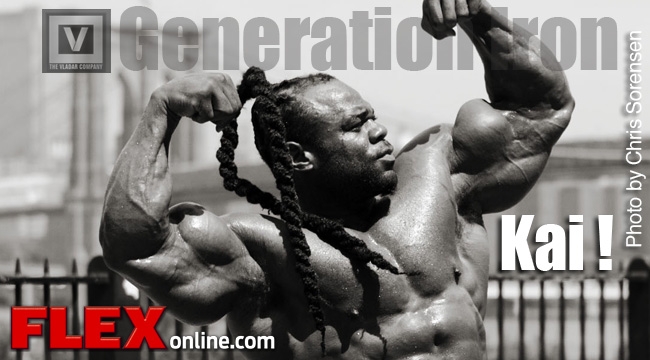 Greene has a remarkable story to be told and retold on his struggle from the hood to the Olympia Stage.
'Generation Iron' producers followed Greene throughout his day in New York as he prepares for the Olympia that was then 4 weeks away.
Click to expand...

A new trailer/preview for the movie! 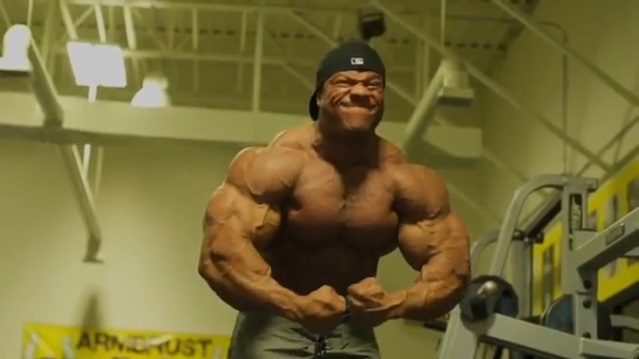 Im looking forward to this. Any specific release date yet?

dilatedmuscle said:
Im looking forward to this. Any specific release date yet?
Click to expand... 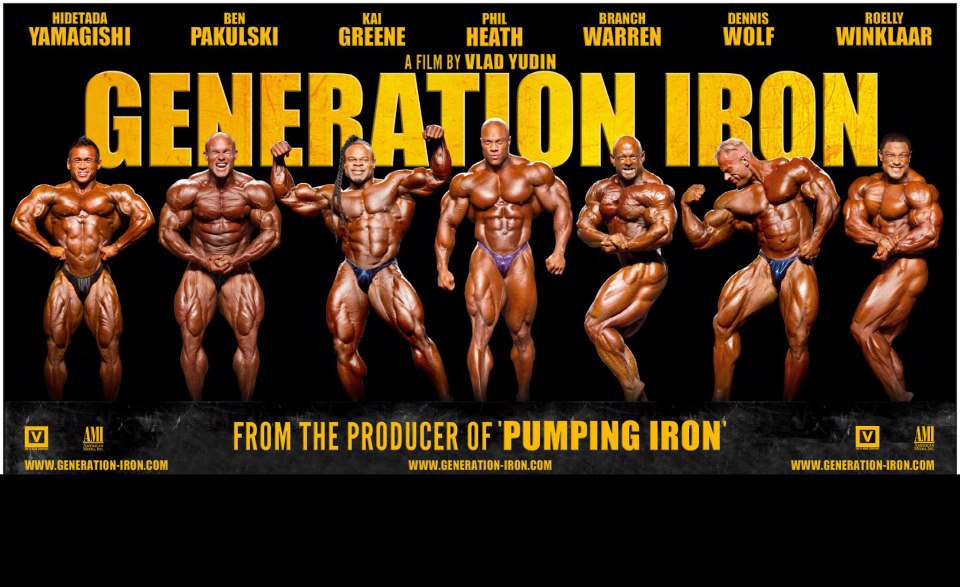 yeah if they're smart they release it in September before the O.

This way it'll bring more attention to the show and the movie!

^ it is an AMI production isnt it?... Roelly is a simple minded dude, a buddy of mine met him and he genuinely thought Roelly wasnt mentally all there. I wonder if he would be any good for this film... I dont feel like Ben Pak should be up with those guys, the whole time im going to be watching him train and im going to be thinking "No matter how motivated you're looking right now, you aint gonna do **** at the Olympia" lol

dilatedmuscle said:
I dont feel like Ben Pak should be up with those guys, the whole time im going to be watching him train and im going to be thinking "No matter how motivated you're looking right now, you aint gonna do **** at the Olympia" lol
Click to expand...

I agree. They put him in the movie, because other guys like Victor and Jay were injured, so they had to fill up somehow. Therefore we have Hide, Roelly and Ben Pak.
M

Yeah, it's a shame. Imagine that lineup with Jay and Vic instead Roelly and Ben.

We are happy to announce that Ronnie Coleman will be part of the GENERATION IRON cast!
Click to expand... 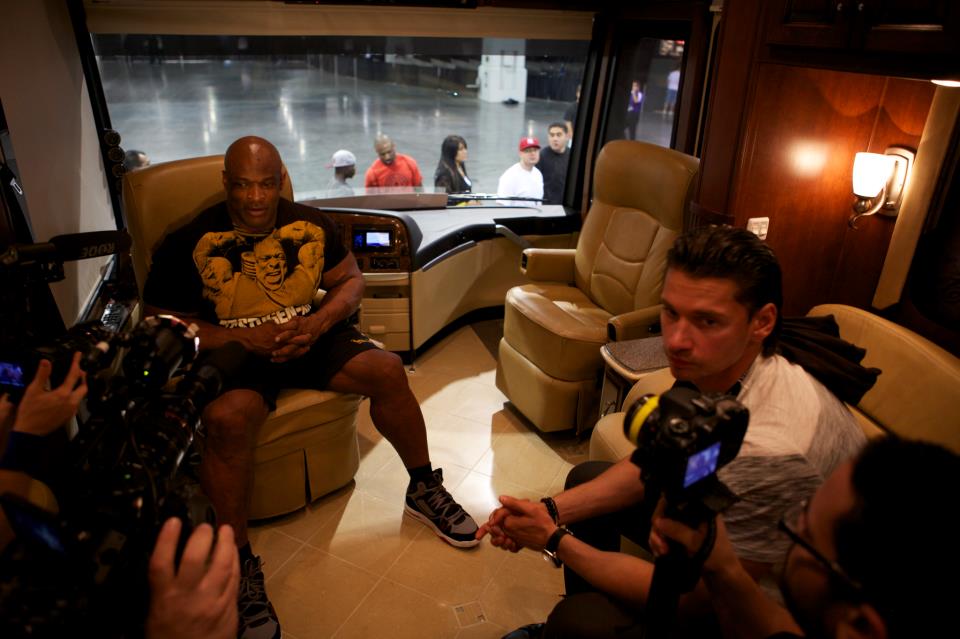 Michael Jai White will be in the movie as well! Something like The Rock in Pumping Iron - Raw iron. 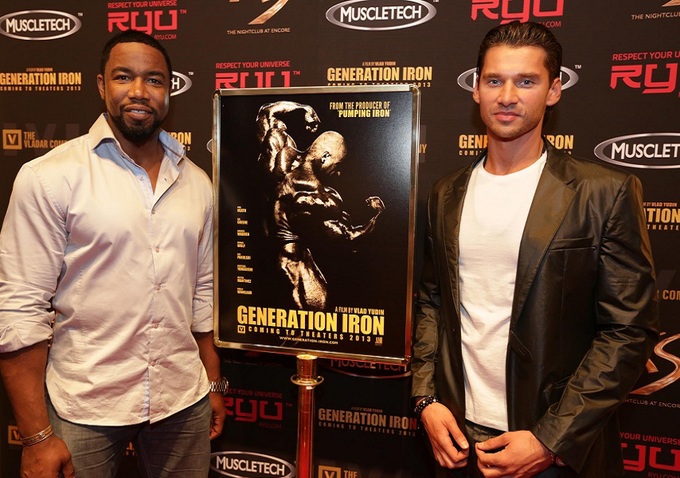 n the below interview, Leslie Carvery caught up with Michael Jai White in Las Vegas, where he was on-hand for a documentary film project he's a part of. During the interview, White revealed a few things that I thought were worth sharing.
First, regarding the documentary mentioned, it's titled Generation Iron, and is something of a sequel to Pumping Iron, the 1977 film about the world of bodybuilding, focusing on the 1975 Mr. Universe and Mr. Olympia competitions, which was maybe Arnold Schwarzenegger's introduction to the world, or at least, the USA.
A quick search revealed that Generation Iron is being directed by Vlad Yudin, and will be produced by the same folks who brought us Pumping Iron.
According to its website, Generation Iron will...
... examine the professional sport of bodybuilding today and gives the audience front row access to the lives of the top 7 bodybuilders in the sport as they train to compete in the world's most premiere bodybuilding stage - Mr. Olympia.
Some of the names who'll appear in front of the camera include Phil Heath, Kai Greene, Branch Warren, Dennis Wolf, Ben Pakulski, Hidetada Yamigishi, Roelly Winklaar, and Victor Martinez, amongst others.
This is not a world that I'm familiar with, but I'm sure those who are in-the-know will recognize some, if not all of those names.
I did learn, with a search, that Phil Heath (who's black) is a current 2x Mr. Olympia champion, as you'll see in the trailer below.
The film is still in production, and, according to its Facebook page, won't be complete until sometime in 2013.
Jerome Gary, Edwin Mejia, Vlad Yudin, Robin Chang, Eric Weider, and Jim Manion are all listed as producers.
Secondly, White revealed that he was asked to be a part of the first Expendables movie, to play the part that went to Stone Cold Steve Austin (and not the Terry Crews role as you might expect), but he was busy with another project, and so there was a scheduling conflict. Although he seemed like he was interested.
Finally, third, and what I thought was the most interesting revelation, is that he intends to bring the life story of Paul Robeson to the big screen, with him playing the Robeson. He laments the fact that Robeson's legacy seems to have been forgotten, and suggests that he hasn't been given the proper recognition he deserves, given what he accomplished, calling him a personal as well as a national hero.
When asked whether he'd be involved in front of, or behind the camera, White insists that he IS the person to play Robeson, adding that it's a part that he can definitely do justice to.
He further goes on to say that the project is in the works, that he's attached to it, and it's a personal quest for him to see that it gets done.
Following below, first watch the trailer for Generation Iron, and then after that, watch the full interview with White:
Click to expand...

tkD said:
A new trailer/preview for the movie!

A cool gif from that scene in the trailer:

Some new pics and updates on the Generation Iron: 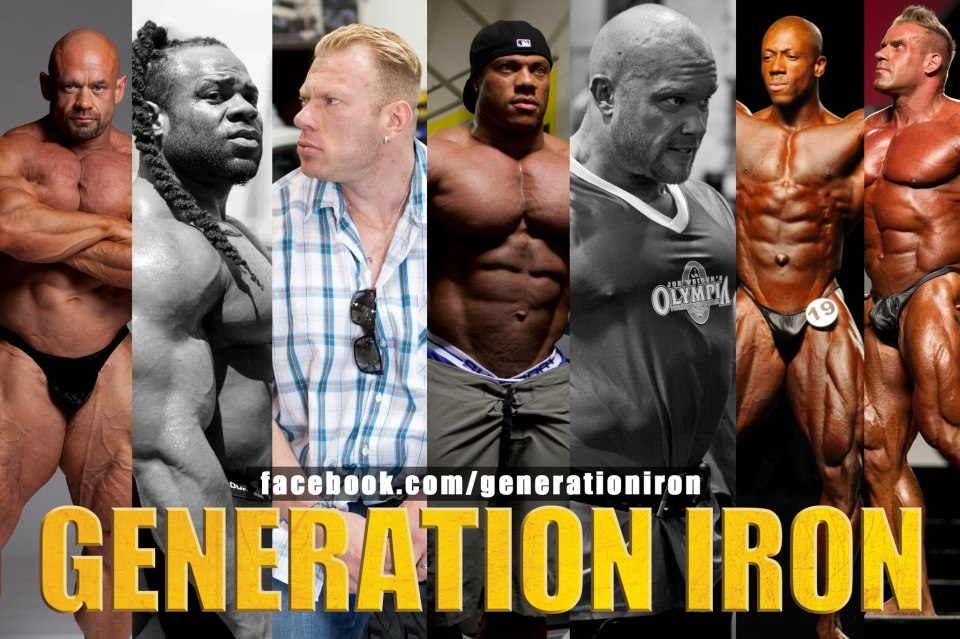 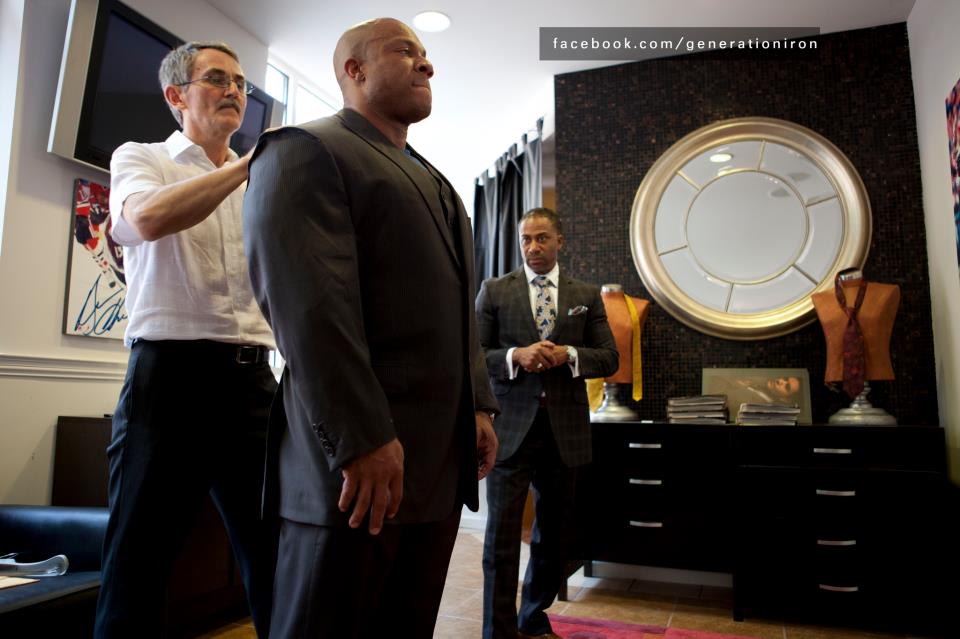 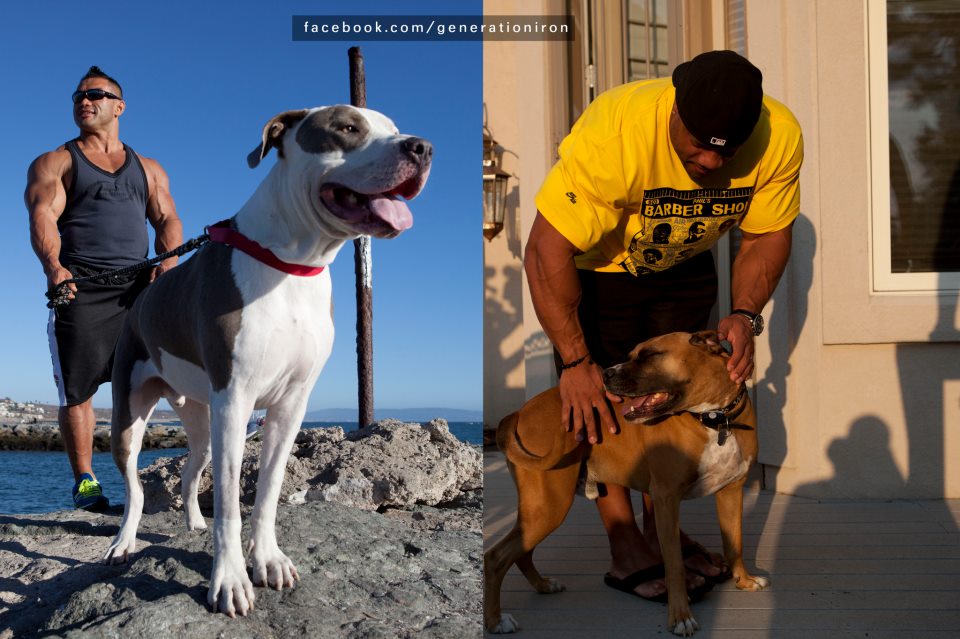 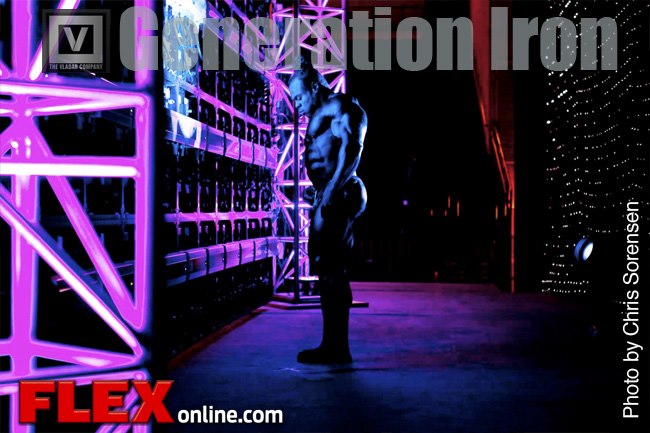