Is bodybuilding is a spiritual process?

I can sort of see how people would say bodybuilding is a spiritual thing. What do you think? For me I do not believe it is spiritual depending on your definition of spiritual but it does take inner strength. I suppose bodybuilding is different for every bodybuilder.

Here is what gorgeous Deepika Chowdhury thinks. She is freagin beautiful! 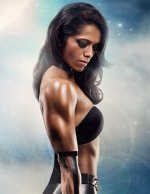 We meet in a gym, obviously, considering Deepika Chowdhury spends her maximum time here in between her own workout to training others. She works out and works at Beyond Fitness in Kalyani Nagar when she isn’t at the National Institute of Virology working as a technical assistant. This 33-year-old is India’s first female body builder in the figure section, and has won 5 times at International Federation of Body Building (IFBB) and National Physique Committee (NPC) held event called 'Battle on the Beach'. From starting to gym in 2011, to competing in and winning the 2014 Battle of the Beach in both the novice and open class and the Ft. Lauderdale Cup the same year, she had a quick turnover from someone who didn’t really understand what happens in a gym to representing the country in a body building competition.


“I had a difficult childhood,” she informs, “My dad was an alcoholic and he left us. I have a younger brother and my mother raised us. She is my hero. We were not financially strong but the values she taught us made a difference.” She was very keen to be able to be earning and helping her family, seeing the issues they faced. She did her post-graduation as a Molecular Biologist and immediately went to work at National Institute of Virology where she works as technical assistant. She’s glad she got to do something in biology as she likes the subject, but this was always just a job for her. Chowdhury hadn’t found her passion… as of then.

2011 saw Chowdhury heading to the gym for the first time, and the rest, as they say, is history. While she has always been slim and active in athletics through her schooling, she had put on unhealthy weight leading to this decision. She did not really understand the workings so undertook a certification course at K11 Fitness Academy. Here she learnt the ‘what’s and why’s’ of working out, as also about sports nutrition, “where my biology education came into play and it was easy for me to understand.”


“In that gym, it just clicked,”Chowdhury explains. She found what she is really passionate about, and it became something that she setting new goals and achieving them. From getting to see her own abs, to becoming a figure athlete, and then winning the tournaments, she has worked hard to get to each of the goals and surpass them. Bombshell Fitness’ Shannon Dey was the one who introduced her to body building. An event in Delhi saw Chowdhury listening to Dey and seeing actual women body builders. She was amazed, and very inspired. It led to her writing to Dey and getting eight-month training at Bombshell Fitness’ US academy under Gennifer Conn Strobo, world’s fourth best figure athlete. Dey and Strobo have inspired and motivated her through the whole process, as also has her trainer here, Ardesh Rustomjee, who has helped though many rough patches.

After winning at Battle of the Beach, she was certified by IFBB as Pro athlete, the first from India. Since then she has participated in Arnold Classic twice, coming 12th and later 7th in ranking. Arnold Classic is an multi-sport event named after Arnold Schwarzenegger. Considering these rankings are taken as world rankings in the industry, that’s saying a lot! She now is aiming for Ms Olympia, women's bodybuilding portion of Olympia Fitness and Performance Weekend, an international professional bodybuilding competition by IFBB. Though, funding is a problem. “Professional athletes are the only pros that don’t get any form of payments/fees,” Chowdhury tells woefully, “All other sports have the people participating getting sponsorships, but here it’s our own money that goes into everything. This is the biggest problem here in India; I have written to the sport’s ministry and also the PM office. Let’s see if it helps.” She is now waiting to be able to have accumulated enough funds to be able to participate in Olympia.


But through this all, her spiritual leanings help her on her path. “I feel body building is a very spiritual process,” Chowdhury explains, “It helps you evolve not just physically, but intellectually also.” Her advice to women is to do what they love, and go deep into it to understand the theory and practice behind it. This will help you attain the goals you set for yourself. When it comes to eating food too, she believes one should eat what one wants, as long as it’s in controlled portions and timing the intake right. She signs off with this advice, “Don’t be satisfied with yourself! If ever you become satisfied, you it means you have stopped growing or you have stopped progressing.” 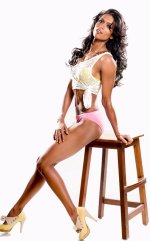 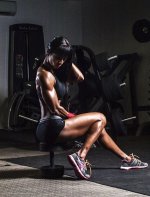 Well I bet that to some people it is, or it can be. There are a lot of different faiths out there and many have to do with a body being in harmony and in good shape is one way to see that as true, so I think there is something there.
L

Spirituality can't be changed by changing your perception, but the way you perceive it, the blissfulness and the purity of mind, yet the realization of who you are? and this body actually lead to spiritual world. and presence of five senses in our body sometimes not enough to obtain that level spiritualism. but the definition is the matter of choice of an individual
Similar threads