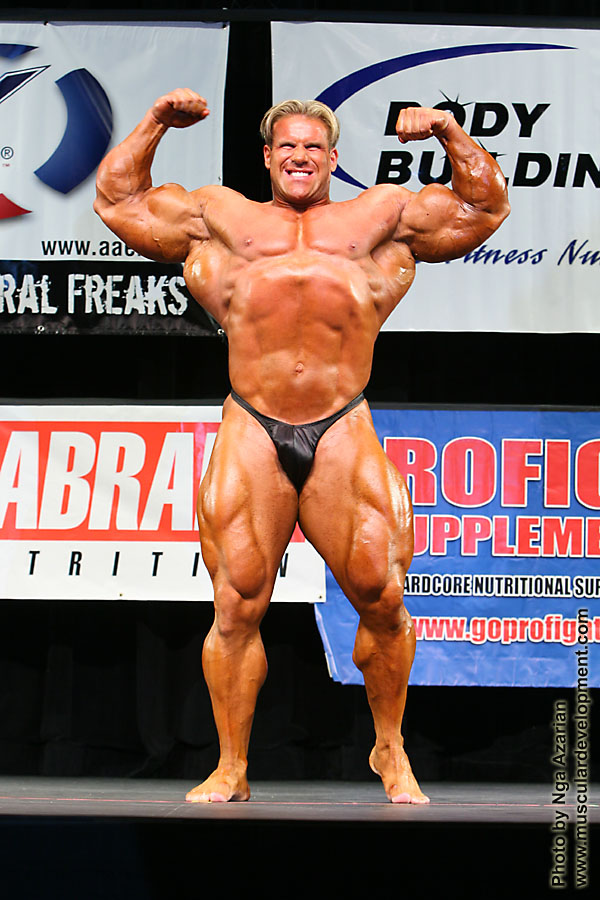 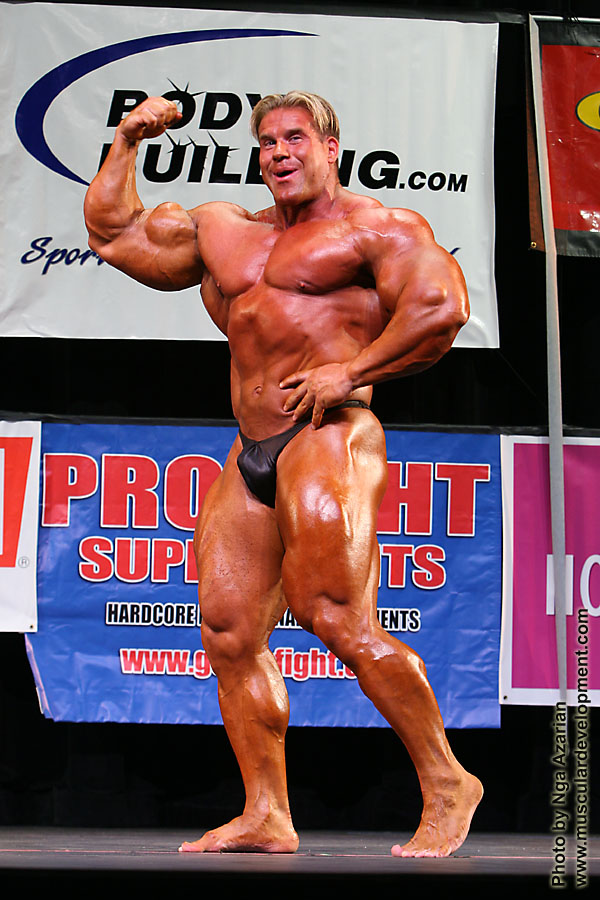 Looks big as usual, but for the past month & half everytime I see him he is looking smoother.

hes lookin awesome! Lets see if he pulls it together condition wise this year


All that remains to be seen is if he can pull it together for CONTEST DAY.

Thanks for the pics bro.

that's all that has to be said. i started laughing when i saw that first pic with the ungodly waist and said to myself "this guy is technically the best bodybuilder in the world?" for shame.


thank you for the pics though as it is nice to see the olympia competitors as they prepare for the big show. keep em coming.

wow, hes a house with legs.

good Lord, anyone know how big his arms are?

WTF happens with his left pec?

you can see it VERY clearly left leg >>> right leg

He should be fine unless he over-loads once again.

I think its just how hes hitting the pose.

Are you talking about the chest muscle or the nipple?

The nipple area looks just like that of Craig Titus. Gyno removal surgery?

Iceman1981 said:
Looks big as usual, but for the past month & half everytime I see him he is looking smoother.
Click to expand...

Yes, I noticed that too. Strange.

Looks good to me.Arms and legs looks bigger now than last pics i saw of him.Even the "smaller" leg is better now.

He doesn't look bad or worse, he just looks like Jay. His dilapidated is most likely from removal of his gyno at one time. He had that last year at the Mr O. Again, he just doesn't have a wow factor about him. Nothing is impressive, I can point out more structural flaws than I can impressive attributes. Most likely he will win, but unless he nails his conditioning I will never watch or care about the Olympia again.

No it isn't, I think your just seeing what you want to see. He does not look any different and neither does his asymmetry.