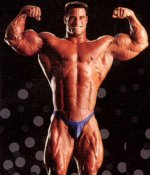 Oh, god, where do I begin? I'd have to say that everything that led to my heart problem began the minute I started getting serious about competitive bodybuilding. In order to get bigger, I'd eat five, six, seven pounds of red meat a day, no vegetables. And I'd stay away from fruits because of their sugar
Click to expand...

Worst were the chemicals. I have so many memories of being alone in a hotel room the week, five days or two days before a contest, and doing unspeakable things to my body—steroids, growth hormones, diuretics—anything and everything that we as bodybuilders do to achieve a certain look. It has affected my whole life, so to all those guys who are on an eternal quest to have 21" arms and 20" calves, and who are so vain about their never-say-die attitude, I say, "Change your attitude." Worry about keeping that body of yours as healthy as possible, because it's going to have to last you not just through your next contest or to the end of your bodybuilding contract, but for a long time. And a long time for a human being is nothing. It goes by real quick, even quicker when your health is gone and you have nothing to stand live for
Click to expand...

# - On August 17, 2014 Mike Matarazzo died in the ICU at Stanford hospital while awaiting a heart transplant. 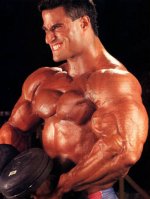 I did not know his career as well as other bodybuilders but I heard people taking bad about him for steroid use.

He did it but stopped and regretted it and was honest about it. He should get credit for that. I will miss him.
G