❕They used mice ? in which cancerous cell lines were transplanted.

❕They were given an extremely high dose of creatine, the equivalent of 560 grams in a 154-pound person ?.

❕Those mice were much more likely to develop cancer, regardless of the cause ??.

❕Anything in massive doses can kill you, even water ? .

❕One of the previously published clinical trials showed that creatine could have anticancer ? properties in mice. 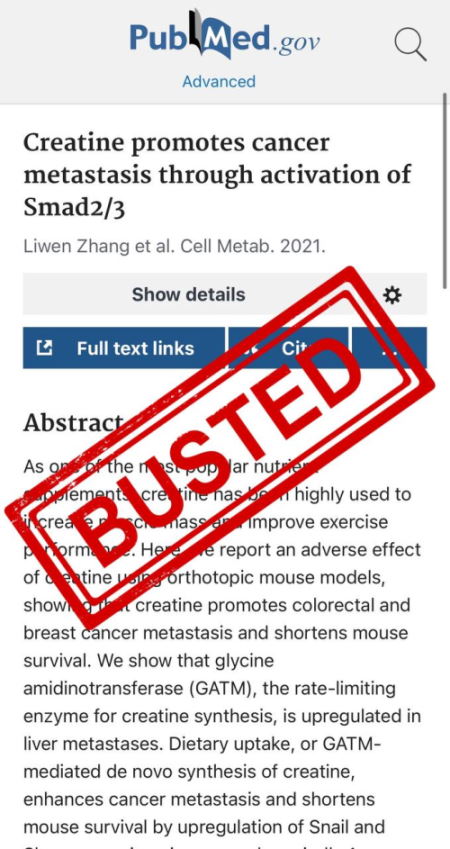 Creatine is an absolute gold for gym goers. It's sad to see rumours spoiling it's reputation. Glad they busted this myth.
S

There are people in the world who job only Is to only spread rumours. These idiots won't do anything with their life and would do whatever they can to scare others with stories like this. It's high time to bust these time wasters.

Which Creatine should i BUY?!