This was written some time ago by one of our writers. What do you guys think about these picks? I know he has Kevin Levrone for 6th which would be a miracle even if he was competing and he isn't.. Still an interesting read!

Recently, interest in professional bodybuilding seemed to dip somewhat, as people began gravitating away from the huge IFBB pro physiques we see on stage at the Arnold and My O each year, and began focussing on slightly more attainable physiques instead. A great example of this is covered in the upcoming Generation Iron 2 documentary, which moves away from the pros, and instead focuses on athletes who have gained fame and sponsorship through social media outlets like Instagram. One reason for this was simply due to the fact that many people knew exactly how results were going to play out before the athletes themselves had even been named. More importantly, they knew that there was nobody on stage who could realistically upset Phil Heath, now that Kai Greene had walked away from the IFBB. The IFBB knew that they had to do something extreme in order to help win back fans, and so they offered a spot to Kevin Levrone, a true legend in the bodybuilding world, who gracefully accepted. That was last year however, and we’re now roughly 12 weeks away from the 2017 Mr Olympia contest, which means that the athletes will now be stepping up their prep, dieting down, and hitting the cardio. But who do we think will finish in the top 6 at the 2017 Mr Olympia? Well, take a look at our picks and see what you think. 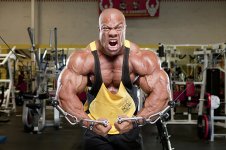 1 Phil Heath – Needless to say, we’re playing it safe this year and are going with Phil ‘The Gift’ Heath for the winner of the 2017 contest. Phil has won the Mr O for the last six years running, and he is chasing his seventh title more driven and determined than ever. Phil’s ultimate goal is to win the O at least nine times, as this will make him the athlete with more Mr O wins than any other bodybuilder in previous history. Currently, the record is tied at 8, between Ronnie Coleman and Lee Haney, and if Phil wins for the 7th time, surely that 9th win will be well within his grasp. The other athletes on our list however, will of course have something to say about that.

2 Cedric McMillan – For our second place pick we’ve gone with big Cedric McMillan. For the last four years or so, people had been tipping Cedric for big things, only for him to come up short each time he competed. Cedric finally nailed his prep and his conditioning earlier this year however, when he won the 2017 Arnold classic for the first time ever. Cedric is tipped by many to be the future of pro bodybuilding because he holds more than enough size to compete with the mass monsters of the sport, whilst having one of the tightest and narrowest waists in the business. His physique is aesthetic, symmetrical, and very muscular, without looking overly freaky. It’s slightly ironic that Ced’s first major win was in fact the Arnold, because many have compared his physique, with that of Arnold back in his prime. That in itself, is something to be extremely proud of. 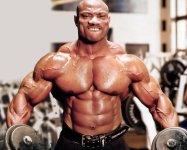 3 Dexter Jackson – As Triple H once said, ‘Dex is Dex, he’s always going to show up in shape’. Dexter Jackson is a bodybuilder that seems to defy time itself, as his physique never, ever seems to age, or deteriorate whatsoever. Two years ago, Dexter placed 2nd, and last year he placed 3rd. We’re tipping The Blade to once again finish 3rd, though he could potentially even grab second place, is Cedric’s conditioning isn’t on point. Some things in life are certain, and Dexter Jackson showing up in-shape is one of life’s certainties. This actually harms Dexter a little because, as he looks so amazing all the time, his physique actually loses a little of its ‘wow factor’ after a while, as people become so accustomed to him looking great. With consistency on his side, we’re tipping Dex for 3rd place this year. 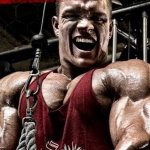 4 Dallas McCarver – When we talk about the future of bodybuilding, we can’t help but talk about Dallas McCarver. Dallas is a bodybuilder who has time on his side as he is still in his twenties. Not only that however, but he has one of the best physiques in the sport. Last year he placed 8th, and considering he has been working closely with Flex Lewis, along with Neil Hill, his physique will be improving every single day, and for those reasons, we’re tipping him for the number 4 spot. 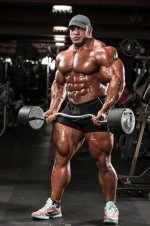 5 Big Ramy – For the last three years or so, people were tipping Big Ramy for very big things, and he largely delivered, well, to a certain extent. Most bodybuilders and athletes would have been more than happy to place where he placed, but the problem was that we, the fans, we placing too many expectations on his shoulders, and anything other than a win was deemed as a failure in so many people’s eyes. Last year he placed 4th, and although the smart money would suggest a 4th, even 3rd, place finish, we’re predicting a 5th place finish for big Ramy this year. 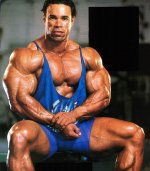 6 Kevin Levrone – This is by far the biggest wild card out of all of our picks, and it could come back to bite us in the ass. The story surrounding the Mr O last year was the comeback of the Maryland Muscle Machine. For years Kev had been teasing a comeback, and finally he made this a reality. There was a huge buzz around Levrone last year as people doubted whether he had enough time to pack on the size needed to hang with the big boys. He only started prepping around four months out, which, although typical of Kevin, was cutting it fine. When he stepped on stage, from the waist up, he looked amazing and if physiques were judged on upper bodies alone, he would have easily cracked top 5, possibly top 3. Sadly, Kevin suffered a number of injuries to his legs and knees in the lead up to the show, which meant he couldn’t train legs, and unfortunately this showed. His legs looked shocking. However, Kevin acknowledged this, had the treatment needed to clear up these issues, and began training legs harder than ever. His goal this year is to bring a traditional Levrone package that we all know and love, and if he continues to train his legs like he is doing, his package this year will be much, much, much better than last year.