Race to the Post Office for MPD/WPD Qualification, 50 Deep!

According to a video posted by Christian Duque of Strength Addicts (who said that he received the info directly from the horse's mouth, in this case Jim Manion and Bob Lorimer), there is new criteria in place for the 2016 Arnold Classic in Ohio as it pertains to MPD and WPD.

Instead of the usual invitational, competitors will be chosen as to who gets their IFBB pro card renewal check and signed contract in first...and they will formulate the line-ups for each 50 deep. Bonus if you're the first 10 in each respective category - they'll pay for your whole trip! YIPEE!!!!!

No, that was not a mistake nor typo.

Yes, boys and girls, children of all ages - there will be 100 total competitors in the two divisions that the IFBB is putting a lot of stock into. MPD is obviously a big draw and something that they have been promoting heavily. And female bodybuilding got the boot in favor of WPD. So these two physique divisions have a lot of clout with the promoters.

So why would they water them down and basically make it a 'walk on' to take the stage at the second most prestigious show on the IFBB calendar?

Duque mentioned another point in his video that may just be the answer to that question. He said that Manion wanted to make it clear that this was not a response to Lee Thompson's Nspire Sports League, an alternative organization that promises to implement revenue sharing with the pro competitors. According to Duque, the abnormally high amount of competitors being allowed to take the stage in Columbus, Ohio this March will now have the opportunity to use this as a way to earn money through supplement, gym and magazine sponsorships.

How coincidental was that?

I reached out to Lorimer in regards for confirmation and have not received a response as of this writing.

UPDATE:
I have seen one of the letters that were sent out and it clarifies a few of the questions I had:


*The first 50 that register are only guaranteed to be in the prejudging.


*The only requirement (besides sending in your IFBB pro card renewal check and Arnold contract) is that you have competed at least once as a pro.


*Following prejudging, only 10 competitors will remain and they will all be given a check for $1,500 to cover travel expenses. 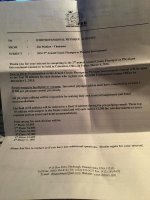 WTF??????? As long as they dont show the MPD stuff during the webcast im cool. Now WPD, im good with. I mean, who doesnt want to look at Julianna!
W