As we approach the 2009 NPC Nationals, to be held at the Westin Diplomat Resort & Spa in Hollywood, Florida on November 20-21, it's a fitting time to look back on past Nationals competitions, and more specifically, past Nationals winners.

We've ranked the ten greatest NPC Nationals champs, based on a highly unscientific formula that takes into account IFBB pro contest wins and top three finishes, Olympia placings and general impact on the sport. We hope you'll disagree with at least a few of our placings and let us know why on the FLEX Forums.

Also be sure to check out up-to-the-minute coverage of the 2009 NPC Nationals, with news, notes and photos, right here at flexonline.com!

10. Johnnie Jackson (2001: Light-heavyweight and overall)
With two pro wins to his credit — 2006 Montreal Pro Championships and 2007 Atlantic City Pro — and a slew of 2nd and 3rd place finishes to boot, Jackson has established himself as a formidable competitor in the first decade of the 21st century, not to mention being quite possibly the strongest bodybuilder of all time.

9. Bob Paris (1983: Heavyweight and overall)
Although he never won a pro show and couldn't manage higher than seventh at an Olympia (in 1984), Paris raised the bar for bodybuilding aesthetics that was set more than three decades earlier by Steve Reeves. In fact, a few years ago FLEX magazine ranked Paris as the most aesthetic bodybuilder of all time.

7. Mike Francois (1993: Heavyweight and overall)
After earning pro status at the 1993 Nationals, Francois entered the IFBB Pro division with guns ablazin', earning victories in the first four shows he entered (1994 Chicago Pro Invitational, '94 Night of Champions, '95 Arnold Classic and the '94 San Jose Pro Invitational). Unfortunately, he would retire less than five years after turning pro and could only manage a highwater mark of seventh at the Olympia, in 1995. As much as anyone in bodybuilding history, the words "What if?" often accompany Francois's name.

6. Victor Martinez (2000: Heavyweight and overall)
Like Toney Freeman, it took Martinez a few years to hit his stride as a pro, but since he did he's maintained it. With three IFBB pro wins under his belt — 2003 Night of Champions, '04 GNC Show of Strength Pro Championships and '07 Arnold Classic — and a third and second place finish at the Olympia (in '06 and '07, respectively), Martinez is one of this era's best. Although this past year was a difficult one for the Muscle Maker Grill owner, fans expect a return to top form for the Dominican Dominator in '10.

5. Gary Strydom (1986: Heavyweight and overall)
The winner of the 1986 Nationals had one of the best records in the IFBB in the years after he turned pro. In 16 contests between 1988 and 1990 he never placed lower than 5th (which was at the '88 Olympia) and won thrice. Upon moving over to the now-defunct WBF in the early 90's, he won the only two shows they ever staged. A 2006 comeback at the age of 46 netted him seventh among a highly competitive field at the Colorado Pro Championships, and he's recently hinted that he may not be done competing yet.

4. Shawn Ray (1987: Light-heavyweight and overall)
Although he won just two shows during his 14-year pro career — 1990 Ironman Pro Invitational and '91 Arnold Classic — Shawn Ray is often placed high on lists ranking the greatest physiques of all time. Ray holds the distinction of placing within the top five at the Olympia on twelve occasions, all consecutively, between 1990 and 2001. Because for nine of those years the Olympia was the only contest in which he competed, it's arguable that Ray could have had many more wins to his credit had he chosen to enter smaller shows, which was the route many of his peers took.

3. Vince Taylor (1988: Light-heavyweight and overall)
Taylor's 21 victories as a pro (including Masters Olympia wins in 1996, '97, '99, '00 and '01) put him second on the all-time list, behind Ronnie Coleman's 26. In 1991 alone, Taylor won five shows and another four in 1995 (Grand Prix England, Grand Prix France, Grand Prix Ukraine and the Niagara Falls Pro Invitational). His five Masters Olympia wins make him far and away the master of the Masters; in 2007, while just shy of 50, he took third in the Australian Pro. Taylor's last competition was the 2008 Atlantic City Pro Masters division, at which he placed seventh in the open and 1st in the 50+ class. Could 2010 see the ageless Taylor back onstage?

2. Kevin Levrone (1991: Heavyweight and overall)
In unofficial polls on various bodybuilding forums regarding uncrowned Mr. Olympias, Levrone's name almost always come out on top. Right behind Vince Taylor with 20 pro wins, he also filled the runner-up spot at the Mr. Olympia on four separate occasions during his 12-season pro career (1992,'95,'00 and '02). In addition, he owns eight more top six placings at the O, plus two Arnold Classic titles (1994 and 1996). After a stint as an actor, Levrone has recently gotten back into the gym and is training hard. Rumors abound that he may be looking to pick up where he left off in 2003.

1. Lee Haney (1982: Heavyweight and overall)
We've saved the best for last, or first, as it were. As the winner of the inaugural NPC National Championships in 1982, Haney set a standard that no other Nationals winner has yet to match. In addition to his record-tying eight Olympia wins (with Ronnie Coleman), Haney is the owner of three other pro titles for a grand total of eleven. So dominant was Haney during his nine-year pro career that he didn't take anything but first after his rookie season (during which he won two shows and never took lower than third) and retired just shy of 32 after breaking Arnold Schwarzenegger's supposedly unbreakable record of seven Olympia wins (1984-1991).

More pics and the posing routine vid of Victor's from 2000 Nationals, here. 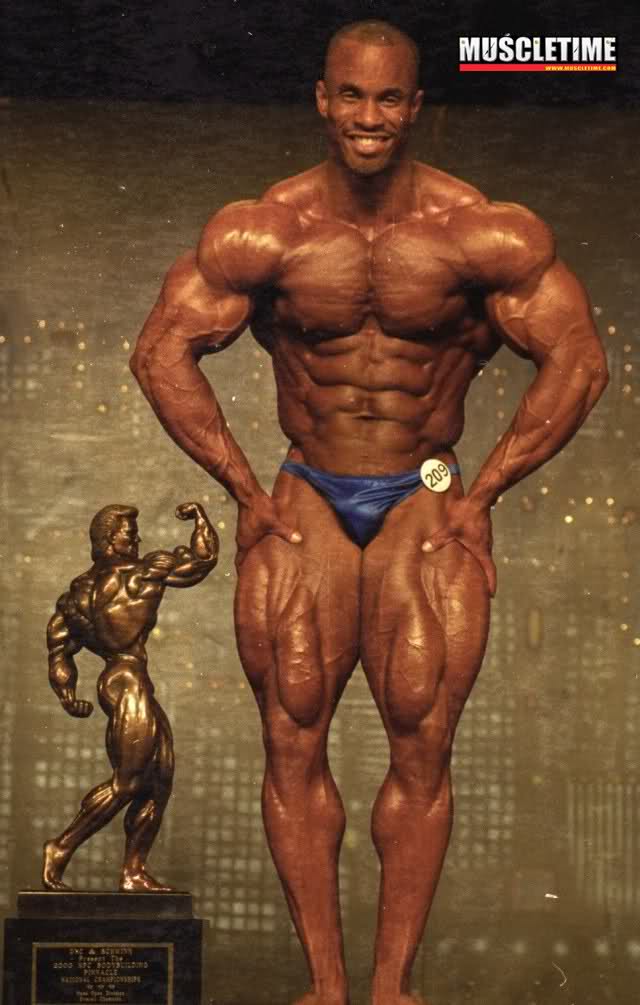 My List:
1- Haney (No Arguments No Doubt)
2- Shawn Ray
3- Kevin
4- Vince Taylor
5- Mike Francois (Just Awesome)
6 and on I wouldnt really be bothered who is considered at what spot!

I also thought Shawn Ray would be higher, but not a bad list

for me Kevin all the way :thumbsup2:

Vince Taylor is the master of masters.

Adam23 said:
for me Kevin all the way :thumbsup2:
Click to expand...

Thanks a ton for this, would be cool though if for the pics they used a pic of them from that contest. 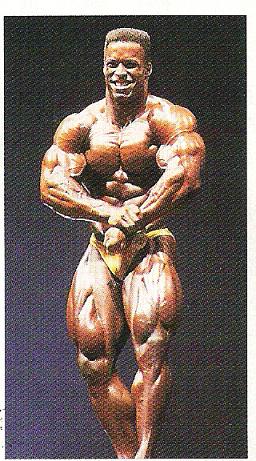 I have no idea why theres the hype for Bobs structure when we have people like Shawn, Flex and Lee Haney in our sport... I just dont get it! Look at the picture posted by Dylan of Shawn Ray... seeing that who can even think of Bob?

pakiman said:
I have no idea why theres the hype for Bobs structure when we have people like Shawn, Flex and Lee Haney in our sport... I just dont get it! Look at the picture posted by Dylan of Shawn Ray... seeing that who can even think of Bob?
Click to expand...

From a bodybuilding standpoint, no... but Paris does have one of, if not the most pleasing physiques of all time.
C

Definetly wouldnt put Vince taylor ahead of shawn ray. If shawn ray did the same amount of contests as him and everyone else for that matter he would have tons of wins, he just decided to do only the olympia for the most part and fell victim to the stupid obsession with guys who were just bigger, how awful

Ironslave said:
From a bodybuilding standpoint, no... but Paris does have one of, if not the most pleasing physiques of all time.
Click to expand...

Bob was definitely one of the best physiques of all time. His physique was so good he could compete on a stage were guys that were shorter than and heavier still weren't in the same class.