In his latest of several unsuccessful fights, Kirill Tereshin was forced into an early stoppage by injury. The former soldier has been having surgery on his enormous enhanced biceps.

A Russian bodybuilder, dubbed 'Popeye' for his gigantic enhanced biceps, was forced to bow out of a scrap after his trademark arms burst during the action.

Kirill Tereshin, 25 and from Pyatigorsk, uploaded clips of the gruesome injury to YouTube last Saturday where he goes by the name "Bazooka Hands" ("Руки Базуки").

In the comments the former soldier said: "Burst my biceps during the fight, this is the end."

Kirill rose to fame online over the past few years, sharing pictures of his freakishly big upper arms that look completely out of place on his skinny physique. 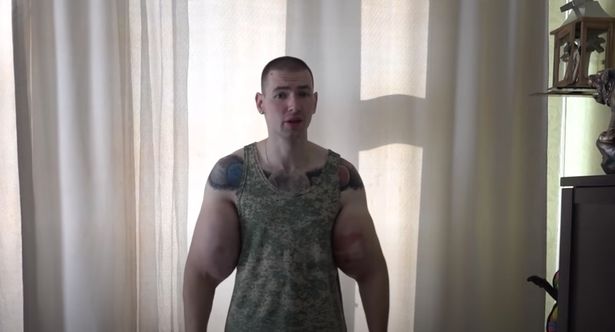 Read the rest of the story at the Bodybuilding News Source.
Last edited by a moderator: Sep 1, 2021