Have you ever wondered why steroids are so controversial? Here is a good read on the topic. 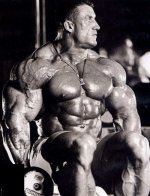 What's So Controversial About Steroids?
By Dane C. Fletcher

Steroids just like other substances of abuse have amassed a lot of controversy. As much as they have been linked by the media with dangerous and fatal side effects, as well as mortality rates of a very high rate, they have been widely used in conventional medicine with quite an accepted side effect profile, but providing that patients are monitored occasionally for possible clear complications.

This controversy has been seen over the years where for example the football player Lyle Alzado was diagnosed with cancer which he had attributed as being a result of steroid abuse. Basically as much as steroids have been the cause of cancer, mostly liver cancer, there was no evidence that was published in the supports that steroids killed Alzado. Even his doctors did state that steroids did not contribute to his untimely death.

Another purported and controversial side effect is the idea that steroids have led to the demise of many youths through committing suicide. As much as low testosterone levels are known to bring about depression, and basically that ending one cycle of steroids lowers the levels of testosterone, the hypothesis to the effect that steroids have been the chiefly responsible for suicidal attempts among teenagers has remained unproven.

This is even after the established fact that many teenagers who are bodybuilders have been using steroids. Since the early 1960s, there have been very few studies that have examined a possible link existing between steroids and suicidal attempt in any medical writing. Arnold Schwarzenegger too has been in the center of the steroid usage controversy. As much as he admitted to the use of steroids during his long bodybuilding career, prior to them being illegal, he happened to undergo a heart surgery.

Many assumed this was as a result of steroids. Well, steroids can cause an abnormal enlargement as well as thickening of the heart's left ventricle. Arnold was born with a congenital genetic defect where his heart had a condition that literally left his aortic valve having two cusps rather than the normal three. This is a condition that causes problems later as one gets older.

Steroid use has been known to cause aggressiveness and hypomania though the association between steroids and aggression is still very unclear. As much as some studies have well shown the correlation between mania-like symptoms and steroids, latter studies have really questioned these types of conclusions. It has also been critically theorized and said that those studies that show a rampant correlation between aggression and use of steroids have been confounded to the effect that users and abusers of steroids demonstrate a cluster B when it comes to personality disorders before the administration of steroids.

Also many strong and vast case studies have basically come into the conclusion that steroids do have a very little or non-realistic effects on the increase of cases of aggressive behavior. In fact cases of aggression and temper are personality based and depict a cause that goes beyond substance abuse and use.

The pharmaceutical companies are losing potential millions of dollars if they merely did their research and made it a TRT treatment and take away as much of the stigma of the connection to bodybuilding.
Similar threads