A Dagenham student and bodybuilder has broken a Guinness World Record! 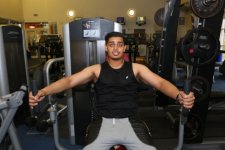 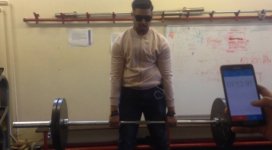 
He held a 100kg weight for 98 seconds, far surpassing the previous record of 60 seconds.


The 16-year-old is a student at Robert Clack School at Green Lane and started bodybuilding after he visited his school gym.


“I went with a teacher and he showed me how to do everything,” he said. “I really liked the feeling of it, so I decided to keep doing it. I did it every day.”


After lifting for more than a year, he decided to check the Guinness World Records website to see if there was anything on there that he might be able to accomplish.


Najam noticed the longest deadlift duration record and decided he could probably beat it. He then trained for three or four months for it.


Since Najam had to hold a 100 kg weight for longer than a minute, most of his training focused on working his back and strengthening it so he could hold it.


“When I finally broke it, I felt really great,” Najam said. “I didn’t tell my friends until I got the certificate in the mail, but once I did, they were so happy. My friends and family were all so proud.”


But Najam isn’t just a bodybuilder. He’s also still a pupil who needs to go to class and pass exams, and has just taken his GCSEs.


“I really care about my education,” he said. “I never miss any school for my bodybuilding. I do my gym training during my lunch breaks or after school.”


Having broken a world record so young, Najam hopes to inspire others to strive for these types of goals, especially in Barking and Dagenham.


Najam doesn’t know what new record he wants to break next, but he does know that he isn’t going to quit anytime soon.


“I plan to continue bodybuilding, and as I find new records within my reach, I hope to break them, too,” he said.

Any teenager can start this? How effective this is? I have a younger brother who is interested for this kind of products.