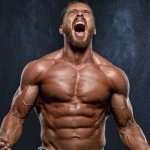 Bodybuilding has struggled through the years to be taken as a legitimate and clean sport. The controversies around bodybuilding and drug never seem to die down. It would seem to a lot of bodybuilders that there was a bigger conspiracy aimed at their sport as now they have to deal with the issues that the FDA has with supplements that body builders use.

In 2005 the Anabolic Steroid Control act of 2004 had a few provisions added. In 2005 it became illegal to possess anabolic steroids without a prescription from a doctor. Anabolic steroids were removed from the controlled substance and it became a federal offense to possess steroids in their raw form or to have them used in supplements in any way.

There have been doubt and misconceptions about the sale of drugs like steroids on the internet but the DEA is emphatic on the legality of possessing steroids: there should be a bona-fide relationship between a doctor and patient. Steroid-Use is really not as bad as cocaine or some prescription medications but they have been vilified in the media so much that the good that they can do has been covered up by the bad. Even though there is a case for medical use of Steroids for certain patients. Doctors are being loathed just because of prescribing steroids to patients who could be helped.

The FDA and the DEA has since clamped down on the sale of prescription drugs online and in particular anabolic steroids. But some would say they have gone a little bit too far by targeting supplement companies and internet product providers and sites dedicated to body building supplements. What the FDA has done in its “war against steroid use in supplements” is to recall over 60 supplements sold over the internet and the hardest hit were supplements sold by a particular site that is probably the biggest purveyor of all things that have to do with body building including dietary supplements.

The US FDA had a problem with products marketed on this site and made by a company called BrainQuicken LLC Research and Technologies which is a subsidiary of Adaptagenix Applied Biosciences of Boise, Idaho. The FDA has a problem with this company mostly because of its investment in the development and distribution of neural pharmaceutics acceleration products. That alone raised flags about the products they were flogging as dietary supplements for body building. Many people were outraged but it turned that the FDA was right and steroid products were mislabeled as dietary supplements.

The question of who should have been liable, the distributor or manufacturer ranged for a while. Most people still didn't know if the government had a legitimate case - were there steroids in these products or was the government grasping at straws? Most body builders might have felt abused, violated, cheated by the idea of that someone was selling them something that could harm their careers, cheapen all the work they put into building their muscles, and harm the reputation of the sport. The case against the online distributor turned out to be more than just a vendetta against a very successful and reputable company. There really were steroids being sold as dietary supplements but no one but the manufacturer could have known. The CEO of the online distribution company was charged with misdemeanor felonies and the company ordered to pay a fine of twice the gross gains (about $7 million) from sales of the products that were found to have been misbranded as dietary supplements.

Maybe we should define what dietary supplements are supposed to be. The legal definition of dietary supplements according to the FDA is a product that contains ingredients like vitamins, minerals, herbs, amino acids, or other Botanical substances used to supplement a person's diet by increasing total dietary intake. It can be an extract, a concentrate, a metabolite or a combination of these.

Unfortunately retailers, especially internet based distributors can be lured into selling products that aren't FDA approved and to merely say they were distributors who merely allowed people to use their sites to sell products is not only dangerous but it is irresponsible, not when they make a profit from every sale. For being the biggest body building online retailer they should have taken on the added responsibility of keeping the reputation of the sport clean. This case should be a lesson to all supplement manufacturers and distributors and to athletes. Steroids are powerful drugs and everyone knows that they work and a company looking to make a major score on unsuspecting people will slip something in a product and push more sales of a misbranded product because it works better than everything else that actually contains nothing more than supplements.