Tito Ortiz will pass out prizes at Governor's Cup Competition

More news on the 2019 Governor's Cup Bodybuilding Competition. I am not sure why they chose an MMA star to pass out the awards but they did. Tito Ortiz will be doing it! 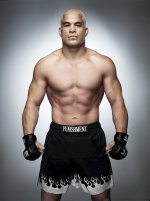 SACRAMENTO, Calif., March 22, 2019 /PRNewswire/ -- MMA Legend, Tito Ortiz, will be presenting the award to the winner of the IFBB Professional League Bikini and Men's Physique Bodybuilding competition. He will be taking photos with fans and attending an after-event party hosted by athlete management company Mon Ethos Pro.


Mon Ethos Pro's founder David Whitaker remarked, "This is going to be a really entertaining event. I'm excited that Tito Ortiz will be joining us at the show and after party. I hope a lot of people in Sacramento come out to see some the most beautiful people in the word compete to make it to Olympia. I'm also hopeful that we find some new stars as well to join our team."


The main event is Saturday, March 30, 2019 at 6 PM at the McClellan Convention Center. Tickets can be purchased at the door.