The most important bodybuilding competition behind Mr. Olympia is swiftly approaching. What has made Arnold Classic great throughout the years is the fact that top athletes usually compete in the show, so we get to see the form they're in and what to expect for the Mr. Olympia. However, this years outing will be a bit different. Many star bodybuilders decided not to participate, and instead focus all their strength on the 2017. Mr. Olympia. The main bodybuilders missing from this years AC are Phil Heath, Dexter Jackson, Kai Greene, Dennis Wolf, and Roelly Winklaar. Those are some impressive names that would very likely be in the top 5 if they were to compete. Nevertheless, this AC might be the most interesting one yet exactly because of them missing out. It's a great opportunity for the young, up-and-coming bodybuilders to test their strengths on the stage, and it will be very interesting for the fans to see if any of them has the ability to compete against the already well-established names in the sport. Of course, Cedric McMillan, Fouad Abiad, Dallas McCarver and many others are not fresh meat by any means, but they still have a lot to prove. With that being said, let's hop unto my predictions for the 2017 Arnold Classic. 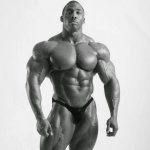 Cedric is definitely the fan and pro commentators favorite for the top spot. What separates him from the crowd is that his physique really flows together, instead of being huge and blocky like so many pros nowadays. Oh, and he also placed 2nd in the previous Mr. Olympia.
Cedric could very well be compared with Flex Wheeler in terms of genetics. His back is excellent, with low lat insertions and plenty of width coupled with decent mass. What has been the stumbling block for Cedric in recent shows is conditioning. He always seems to carry some water in the lower back and the midsection. This is very unfortunate, as he has decent abs, but the water retention makes it seem like he has a gut when relaxed on stage. That's something we could've seen on the Olympia stage in 2016. Hopefully he's found a solution to that.
If Cedric nails down his conditioning he'll probably win the show, as he trumps everyone else on the aesthetic front. 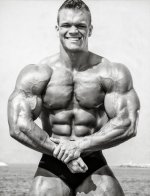 I've placed another MC on the top spot. Dallas McCarver managed to sneak into the top 10 at the last Olmypia, and has since then made some truly astounding progress, judging by the prep pictures. He's teamed up with dietitian expert Chad Nicholls for this show, and has stated that this preparation cycle has been the best so far. Dallas is over 300 pounds heavy, and he looks more shredded than ever. Famous for being a beast in the gym with 800 lbs deadlift and 675 lbs squats, it's easy to see why he's able to build so much high quality muscle mass.
One weakness that could place him lower is the thick midsection. He does seem to have some bubble-gut issues going on, which makes him look blocky in certain poses. He needs to really nail down his conditioning this year in order to prevent the gut from standing out. Other than the gut, all the other bodyparts look great. The chest and arms are spot on. The legs are the usual pro quality. His back however, needs more work. Unfortunately he does have high lat insertions, which is obvious when he does the back double bicep and lat spread. Whether he's sorted out his back remains to be seen, but regardless of that weakness, he's certainly a contender for the top prize. 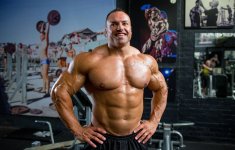 3. Josh
Lenartowicz(unfortunately Josh will not be competing at the ACA this year)

Lenartowicz is another top bodybuilder who hasn't had a lot of exposure yet. Just like McCarver, he was in the top 10 at the Olympia, and he was third at the Arnold Classic Ohio, just behind Kai Greene and Cedric. Josh has made awesome gains since those outing and has added more meat to an already huge package. The biggest strengths Lenartowicz has are thickness and mass, coupled with awesome conditioning. Every show I've seen him compete in he was crazy shredded. He doesn't seem to carry any structural weaknesses, but he's still not on pair with Cedric in terms of aesthetics. The best bodyparts are the Godzilla quads and huge delts, making his most muscular probably the best one. Will this be enough to secure a top 3 placing? It probably would have and perhaps even more if he dialed in his conditioning. 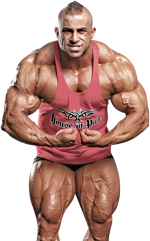 It has become a tradition for Fouad to set the stage on fire and then go missing for a while, a remark that was recently made by Zack Khan as well. Fouad stated recently that his preparations for this show consist of eating completely clean, without any cheat meals. His main focus is to get super shredded, while retaining the muscle mass necessary to compete with the big guns.
Fouad doesn't have any real weakness that I could point out, but he doesn't stand out in any pose either. The real issue is that Fouad is really proportional, and that is not always a great thing. Fans, and judges like to see some muscle popping out, regardless of what they say. We could say that Fouad has a very good side tricep and side bicep, due to not having bubble-gut issues like so many pros nowadays. If he gets super shredded and retains his impressive size, I predict a solid 4th place for him. 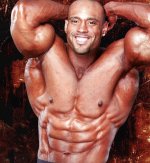 The „Diesel“ is one of the guys who has great upper body development, but his wheels keep letting him down. Morels has excellent chest, a wide thick back, and certain poses make these characteristics really pop up. His best poses are side chest, lat spread and the most muscular, with which he can compete against anyone in the line-up.
Unfortunately his quads and calves are not up to the pair, and that's simply going to keep him out of the top 3, as he won't be able to compete with Dallas, Josh and Cedric in the leg department. Juan has also struggled at times with water retention. It's reported that he does have plenty of cheat meals during prep time, so we'll see if he cuts back on those or goes with the same mindset into this show. 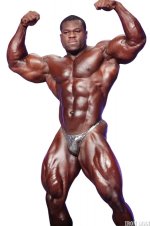 Considered by many as the new Ronnie Coleman only a few years ago, Beyeke hasn't lived up to the hype. That's not to say that he doesn't have the time or genetics to do it. Perhaps he surprises us in the AC. He did win the last competition, 2016 San Marino Pro in some style. What makes Beyeke impressive in the aesthetic flow of his physique and roundness of the muscle. His best pose is the back double bicep, with hams and glutes that really bring up that rear shot to a new level. His quads are pretty decent, and when he nails down his conditioning he has crazy striations and feathers all over his wheels. He's certainly going to be in the top 6, and I'll place him in the 6th for the time being. 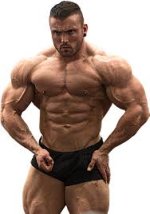 Luke Sandoe is a British mass monster, and for that reason alone he shouldn't be taken lightly. Couple that with the obvious similarities to Dorian Yates, and you've got a dangerous competitor in the lineup that can cause a major upset. Sandoes best body part is without a question his back. He has arguably the best back genetics in this whole lineup, and it really resembles the Yates Backzilla genetics. His main concern is being in top shape in terms of conditioning and also keeping the gut in check. He's also one of the least experienced players on stage, but if he comes in fairly aesthetic, I see him placing behind Beneke and the co. 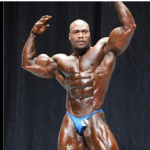 Maxx is another bodybuilder for whom making predictions is really hard. He doesn't seem to have any structural problems, has nice lines and good overall mass. His main issue in previous competitions had been conditioning. If he manages to dial it correctly for prejudging, we could easily see him competing with the top 3. But since he's not really consistent, we could also see him at 7th or 8th place. I wouldn't put him lower than that simply because of his mass and overall development. 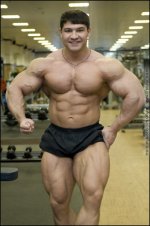 Fateev is another from the shadow bodybuilder that can surprise us in a positive or negative light. The main issue that Vitaly has had recently is stomach distension. He tried to play the mass game, but his genetics are also creating gut problems when he goes over 300 lbs. His best strategy would probably be to focus on getting super shredded and being decently big without the bubble gut bonanza. If he takes that road he might place higher. But so far, it's hard to tell which strategy he will employ. 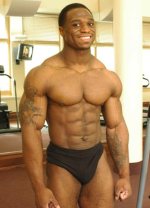 Lockett is a hard worker, but he's been really unlucky with injuries. His quads are obviously not on pair with the rest of his physique, and they're not the same size either. This will definitely hurt him in the callouts, unless he's got that out of the way. He always bring the top conditioning, and he has tremendous abs, and arms. However, competing with the before mentioned mass monsters on stage, it will be very hard for him to crack into the top 6. 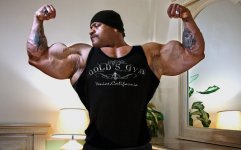 In the 11th place we have the veteran bodybuilder Will Harris, most famous for crazy posing routines. It seems that the old top guns are missing the glory days. First Levrone, now Harris, and there are some rumors that Flex Wheeler will return to the stage soon. Seeing these guys on stage again is a real treat for the fans, including myself, but it's hard to see them winning over the younger and stronger competitors who've taken no breaks for years. Harris was never among the best bodybuilders, but he always looked respectable. He has good upper body development, and his legs are decent. If he brings the old package back, he might place higher, but seeing the fate of Levrone in the last Olympia, I have to place Harris in 11th place.


Conclusion
Do you agree with these predictions? Who do you think will impress the most, and who will fall down the packing order? Let us know your predictions in the comment section below.

But josh is out of arnold!