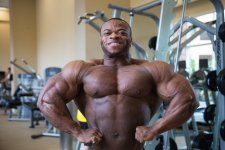 Clarence Started Bodybuilding in 1999 and was heavily influenced by Ronnie Coleman!

I started bodybuilding because I saw Flex Magazine in the local shops with Mr. Olympia Ronnie Coleman in it. After seeing Ronnie, I had the dream of becoming a bodybuilder and so I started that journey August 25, 1999
Click to expand...

Fakhri says I have the potential to beat everybody on stage, but I need to get impressively shredded and tight in order to do that. I’m ok with suffering as long as I come in at 100% for the 2013 New York Pro. This has been my dream and I’m hoping God helps me this year.
Click to expand... 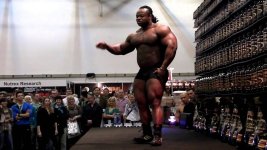 This is Clarence Devis