I really have to apologize for not getting Josh up here sooner! Josh has worked hard and deserves to be in our Pro List as much as anyone! We have also added a Josh Lenartowicz Official Updates thread! 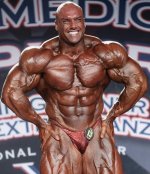 Joshua “Josh” Lenartowicz was born in 1984 and was very good friends with Dallas McCarver who recently died. Josh was the person who actually found Dallas dead or dying. he has also been a pro bodybuilder for a while and he placed 9th at the 2016 Mr. Olympia and at this years Olympia, 2017 Olympia. Josh also won the 2017 Tampa pro this year!


Josh is an IFBB pro bodybuilder from Australia. he started training at 12! He got his pro card in 2014 after winning the FitX Amateur Grand Prix.


Here are some of his bodybuilding competitions: 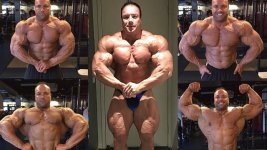