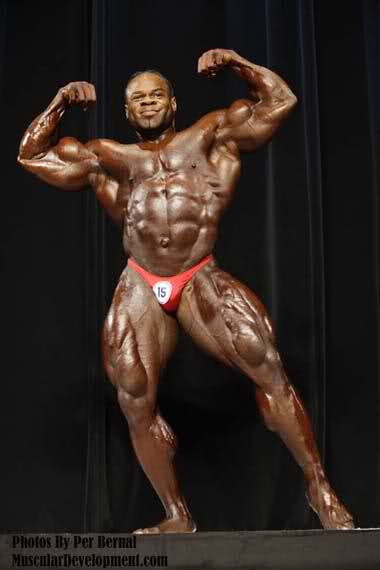 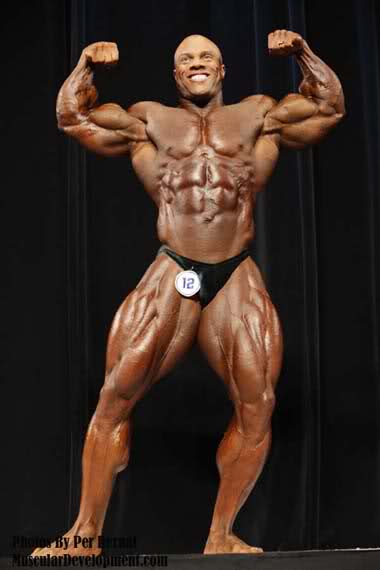 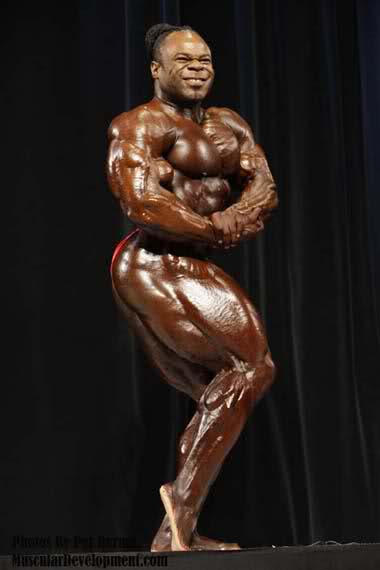 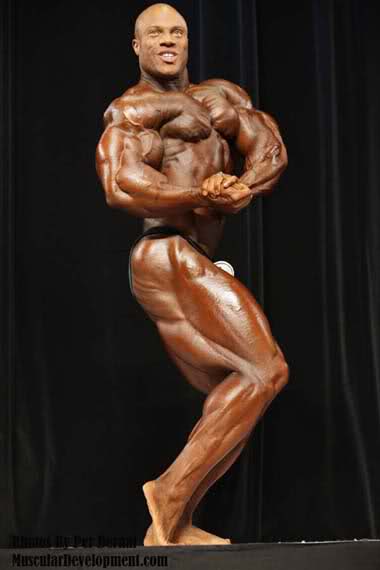 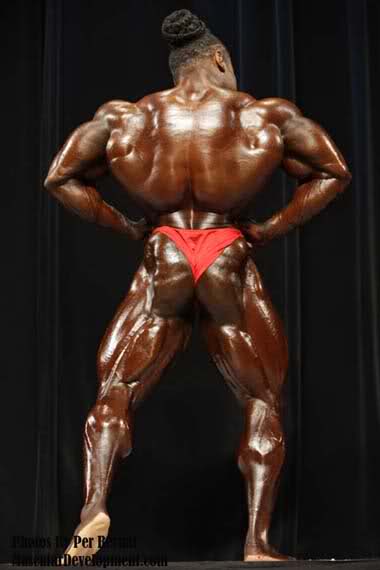 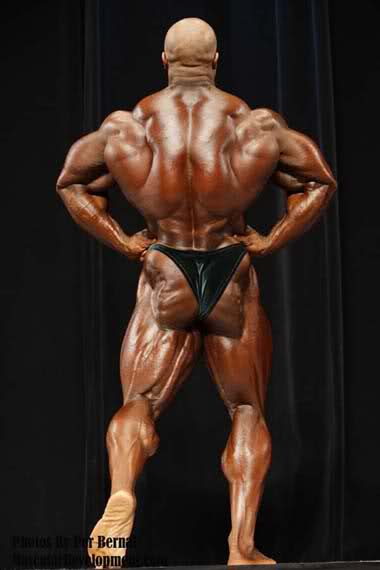 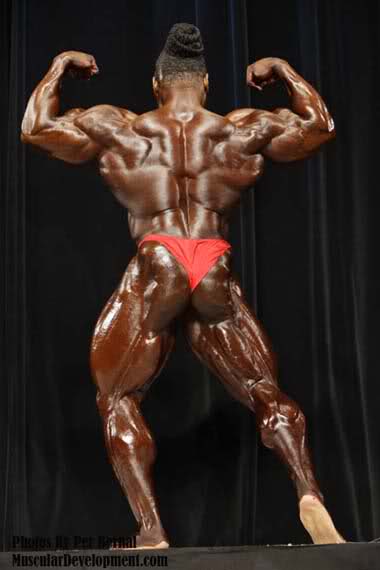 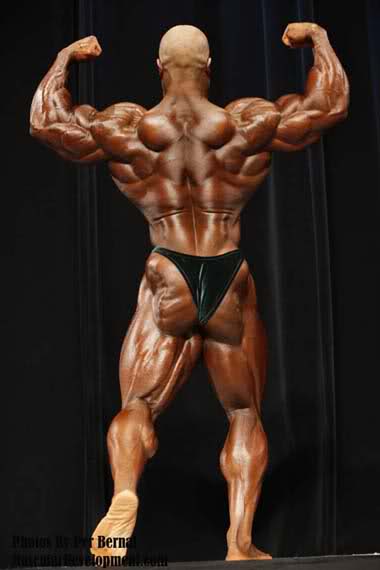 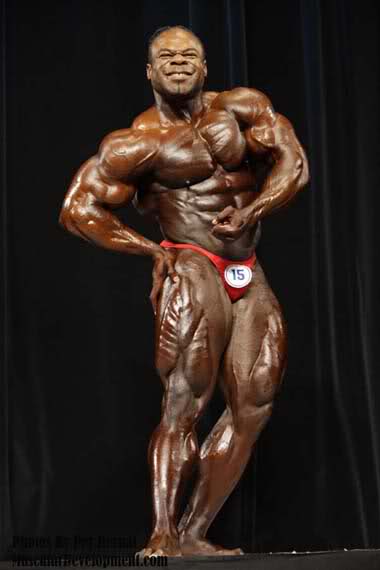 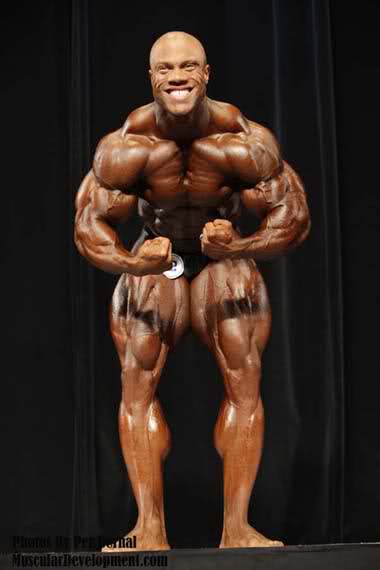 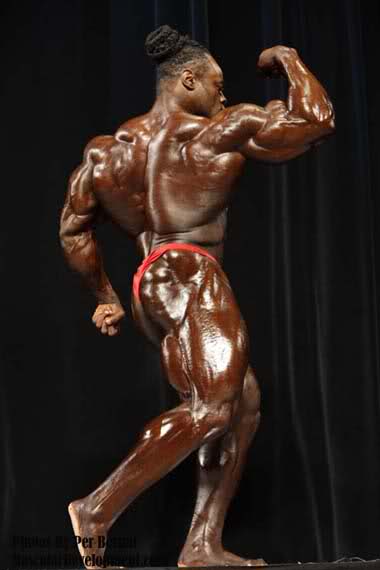 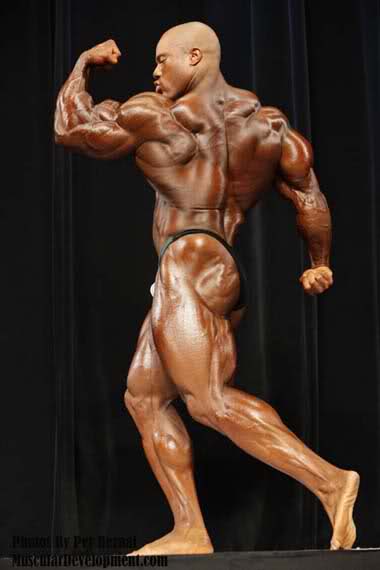 Kai wins in width and isn't flexing his abdominals like Heath shouldn't be doing. But, Heath takes this pose due to his conditioning.

Heath should easily have this shot, but he ruins it by flexing his right pec. He also has glute striations, unlike Greene. Because Kai's arms look better, I give this pose a tie even though it could be an easy victory for Heath.

Kai has him in width again, but Heath easily wins in everything else.

You can easily tell Heath's conditioning wasn't as good as the Ironman Pro by this picture. They arn't hitting the same shot, but hell Kaie masters this shot so i'll give it to Greene.

Close, but i'd give it to Heath again since he wins in conditioning. Looks like Kai is performing the pose better though.

Overall: Heath, due to conditioning. If Kai Greene came in better conditioning, it would be a battle.

Heath, for basically the same reasons that Flex mentions. Heaths superior conditioning makes it so that not even Kai can beat him. If Kai was a bit drier it would be a hard and close battle.

heath for sure. hes not quite as wide as greene, but his glutes hams and calves more than make up for it.

heath for conditoning, he´s not as wide as kai but he has the conditioning edge also like to add that kai´s chest is weaker than phil´s


Did anyone else notice Kai's stomach?

side chest is heaths weakest pose the rest are wicked

Everything is very close, but Phil just has a more pleasing appearance.
K

I think that Phil is better but Kai have better chest

i believe this will be the newest rivalry in bodybuilding.

kai is definitely an up and comer. with a little better conditioning and some glute and ham work he'll be a real competitor! greene's striated quads are sick! but heath's overall conditioning is amazing and wins this comparison for him.
P

Phil has far better genetics... a lot more pleasing to the eye, while still remaining HUGE.

if Kai recaptures his Colorado Pro winning form and mentains his size, watch out.