Lee Priest Suicide Report!
Written by Dave Palumbo
Saturday, 02 February 2008
Rumors are flying across cyberspace regarding the health and mental status of former IFBB Pro Lee Priest. Did he try to kill himself or is this yet another prank on the part of the always-controversial Priest? While it's impossible to confirm the rumors at this moment, this what we've been able to find out as of 02/02/08, 6:30pm EST.


(1) Cathy LeFrancois Priest (who is still legally married to Lee) was notified by a racecar driver friend of Lee's named "Ron" that Lee tried to kill himself.


(2) According to Ron, Lee was living with his girlfriend, Tammy, in Scottsdale, Arizona when they (Lee and Tammy) got into some sort of an altercation/argument. Apparently, Lee got physical with Tammy and, as a result, she kicked him out of her house.

(3) Lee, then, rented a hotel room and moved his stuff in there.

(4) A friend of Lee's named Russ (not Rusty Jeffers) found Lee unconscious in his hotel room with slit wrists.

(5) Lee was rushed to the emergency room where they stitched up his wrists and performed a toxicology screen that came back positive (the drugs found are unknown).

(6) Lee is now under 48-hour suicide watch in the psychiatric ward of an unknown Arizona hospital.

As most of you already know, Lee has always been an extremely controversial and outspoken member of the bodybuilding community; and while not everyone always agrees with all the things he has to say, Team MD wishes to extend our prayers out to Lee in his time of need! If this report is nothing more than a rumor gone awry, we'll all be very grateful that Lee's okay!

WOW I hope its not true. I really like lee priest.

Does anybody know whats going on?
T

Holy freakin' crap, I hope it's not true.

I've been looking around the net and I keep seeing the same as above... without any report negating the story which leads me to believe it's probably true - if so then that's pretty darn sad and I hope Lee pulls through all this and gets back into his bodybuilding hard.

thats what we're all hoping it is too

lets hope all is well!!
R

I don't doubt that this has been blown out of propoirtion or exaggerated but it probably stems from something. Hope he gets himself sorted out.

Hope its not true

we can only hope that lee is alright and that he pulls through.
M 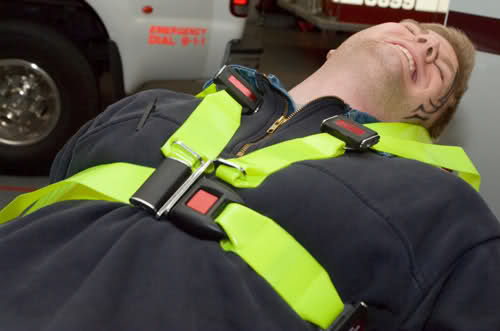 I hope lee is ok. Where do you find this photo Pain?

poor lee....not being able to compete in the ifbb does crazy things to a man...even if he is superman

It's photoshopped and very poorly done.

It's photoshopped and very poorly done.
Click to expand...

yeah the tattos are straight while he is wrinkling the face