Shawn Rhoden: Never too late to cause an upset

The world loves an underdog, there’s no denying that, and when it comes to bodybuilding, underdogs are a common theme. Bodybuilding is a very popular sport that is growing in popularity every single day. It is also one of the most stressful, difficult, tiring, grueling, and most physically sports in the entire world. Only a select few people have what it takes to become a bodybuilder of any caliber, never mind a pro bodybuilder by earning their pro card. Bodybuilding isn’t simply a job, a hobby, or a pastime, it is a way of life and one which must be catered to 24/7. Something as simple as missing a workout, or getting the timing of one meal wrong, could literally be the difference between success and failure, which is why so few people ever make it. Currently when you think about popular bodybuilders of the present day, you think of: Jay Cutler (though semi-retired), Phil Heath, Dennis Wolf, Kai Greene, Roelly Winklaar, and Victor Martinez. One name which doesn’t seem to crop up very often however, even though he is one of the most successful pros in recent history, is Shawn “Flexatron” Rhoden, who just seems to slip underneath people’s radars for some reason. Shawn is one of the best pros of this era, and his record speaks for itself. When you learn all about his back story however, his achievements seem even more impressive than you could have ever imagined.

Early life – Shawn Rhoden was born in Jamaica on April 2nd, 1975. From a young age he always used to show a keen interest in sports, and athletics, and began playing soccer when he was in his early teens. He was touted as an extremely impressive soccer player, far better than most of the other kids he used to go up against. It was soccer that first introduced him to weights as he often used to train in gyms to keep his fitness up. One day he picked up a set of dumbbells and it was love at first curl basically. By 1990 he moved to the US at age 15 as his father was working between Jamaica and the US. Whilst in the US, he took bodybuilding more seriously and really stepped things up in 1992. It was his cousin, John Lancaster that first got Shawn into bodybuilding, taking him to the gym at age 17. He entered a teenage bodybuilding show not long after that, and won, his first ever show. From then on he was hooked and would enter as many contests as he could. He went to college after earning a scholarship for swimming, but suffered a grueling injury which ultimately cost him his scholarship. After rehabbing his hand, he again took training more seriously and worked as a personal trainer before entering more shows once again in 2001, the NPC Team Universe, and the IFBB North American Championships in which he placed 2nd consecutively.

Stepping things up, and dealing with hardships – In 2002 he made his way to the NPC nationals, his biggest show to date, and in yet another setback, he suffered with a bad case of food poisoning and ended up placing 14th. He was upset and feeling down, but vowed that 2003 would be the year that he finally realized his true potential. He went home down but determined, but was unprepared for what was to happen next...
His father, the man he idolized and respected more than anybody was not himself. One day whilst in the gym training, his brother called him and told him that his father was in the hospital with breathing problems. Doctors found fluid on his lungs and drained it away. One week later, tests revealed that his father had stage 4 lung cancer and had around 3 months left to live. Obviously he focused his attention on his father and gave up training altogether, and unfortunately a few months later his father died. His father’s death hit Shawn incredibly hard, who began to drink heavily to help deal with his grief. He quit bodybuilding, got a regular job, and used to go to work in a morning, come home at night, and drink until he passed out, doing the exact same thing the next day. He grew dependent on alcohol and damaged his liver and his kidneys so much that he was urinating blood. In around 8 months, Shawn consumed more booze than some people do in a lifetime. He was admitted to hospital and finally decided to quit drinking, going cold turkey. After quitting drinking, Shawn still ate junk and very rarely exercised, and certainly not in a bodybuilding sense. It was his cousin, Mark who got him interested in bodybuilding again as he used to help people prepare for shows. Whilst backstage helping his cousin one day, Shawn looked around and thought that he could beat every single person getting ready to compete. He told his cousin who laughed as he had barely lifted a weight for a considerable amount of time. After 6 years away, Shawn was back into the bodybuilding mentality.

Triumph after hardship – Shawn began rebuilding his body, eating extremely cleanly, and training like a madman. In 2009 he entered the North Americans that won him not only the show, but also his pro card as well. Shawn Rhoden was now an IFBB Pro Bodybuilder and had stepped up to the big leagues. His next show, the Europa was a disaster in his own words as he placed 16th. He knew he could and would do better and came back the following year to place 3rd, and book his place in the biggest contest in the world, the Mr Olympia competition. He made his Olympia debut in 2011, placing a very respectable 11th place. The following year however, things really took off as he placed 3rd, picked up numerous sponsorships, appeared in countless magazines such as Flex and Muscular Development, and solidified his place as one of the all time greats of this era. In 2013 he placed 4th, which was still a great achievement, and he placed 3rd once more at this Olympia (2014) just gone. He has entered numerous other shows and has consistently placed first, second or third. Some people are even tipping him as a potential 2015 Mr Olympia winner. To come back from all of the trials and hardships that Shawn had to deal with was nothing short of miraculous, and to book your place in modern history as one of the greatest bodybuilders currently competing, at just a shade under 40 years of age, is nothing short of miraculous. 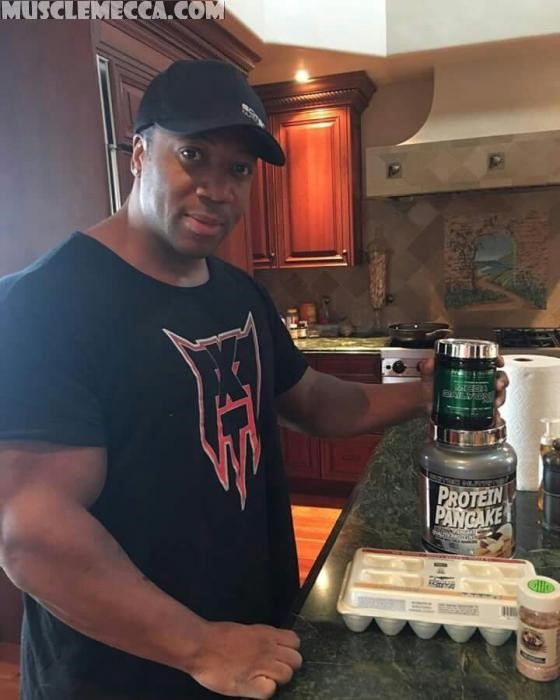