If you're not new to bodybuilding, you'd know that the 2022 Mr. Olympia is the biggest and most prestigious bodybuilding competition worldwide.

Every big name you know in the bodybuilding world has passed through Mr. Olympia to become more famous.

Name them; Arnold Schwarzenegger, Ronnie Coleman, Frank Zane, and some of the men with alot of consecutive wins, Dorian Yates, Ronnie Coleman and Lee Haney. These are iconic men that have set standards for the younger generation.

The 2022 Mr. Olympia is fast approaching, and many people want to know the likely winner of this bodybuilding competition. Now, this is a tough one because there is more than one good bodybuilder in the bodybuilding industry.

Also, this sport is full of surprises; there could be a winner today and another person comes along and steals the show at the next event.

If we're to arrive at an accurate prediction, we must first take a drive down memory lane. We're not going back to the time of the legendary Arnold Schwarzenegger, we'll only examine the recent bodybuilders that are doing so well in the bodybuilding industry.

Hopefully, a brief examination will give us an idea of who among them is worthy to be the next Mr. Olympia. On our top 3 list, we have Big Ramy, Nick Walker, and Brandon Curry. 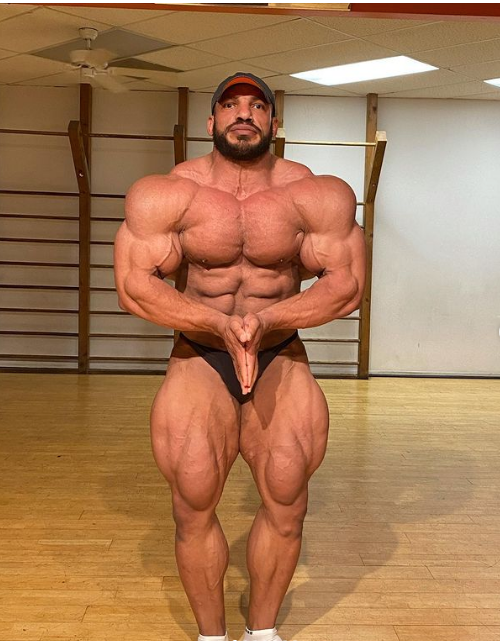 The 2022 Mr. Olympia starts in December, and Big Ramy has already started training for it. That's amazing because he won the 2021 Mr. Olympia competition with just three months of training before the event.

Even Jake wood, a fierce competitor has boldly claimed that Mamdouh Elssbiay will defend his title as Mr. Olympia in 2022. Although, Jake wood opined that Brandon Curry and Hadi Choopan will be worthy opponents against Big Ramy.

This might seem like a good reason why he should be the next Mr. Olympia, making it three times in a row. But, Big Ramy seems to have started his 2022 Mr. Olympia Journey on the wrong foot.

Big Ramy lost the support of one of his major sponsors just right after his win as the 2021 Mr. Olympia. He also missed the Pittsburgh Pro where he was supposed to guest pose.

Big Ramy is a very successful bodybuilder, however, he's not ready to bear the responsibility that comes with upholding that title. He's not always active on social media and he's not ready to participate in other bodybuilding events.

Now, he has lost his sponsor and is still being criticized for not guest posing at the Pittsburgh Pro.

The Pittsburgh Pro is an event organized by NPC.Pro League President, Jim Manion. In the past, it was a tradition that every top bodybuilder, both male, and female, should participate in this event.

At the 2022 Pittsburgh Pro, 4 guest posers were chosen to guest pose in the leadup of the big event, and they are Nick Walker, Hunter Labrada, Brandon Curry, and Big Ramy.

Big Ramy never gave any reason for missing this show and it was a disappointment to bodybuilding fans all over the world. Nick Walker performed well at the event and there he made his intention known to win 2022, Mr. Olympia.

Nick Walker is also a force to be reckoned with; He is the winner of the 2021 New York Pro, and 2021 Arnold Classic and he placed 5th at 2021, Mr. Olympia. He is a tough opponent and he's going to give Big Ramy a tough time.

Other than the fact that he has begun training for the 2022 Mr. Olympia, we're yet to see Big Ramy put in more effort to show that he's interested in becoming the next Mr. Olympia.

A word from Big Ramy and his team member, Dennis James would have helped to clear whatever misconceptions his fans may have. But no word from them and it's hard to tell if Big Ramy is taking the 2022 Mr. Olympia as seriously as he took 2020 and '20, '21, Mr. Olympia. 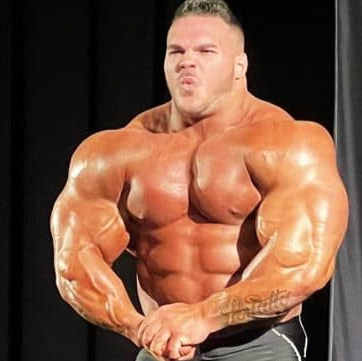 Nick Walker is a bodybuilder that will give Big Ramy a run for his money. A lot of bodybuilding channels have been laying claims and predictions that Nick Walker will become the next Mr. Olympia.

Walker has also started his training in preparation for the 2022 Mr. Olympia. It is still the offseason and he's approaching 300 pounds already which is impressive.

The 27-year-old is confident about winning the 2022 Mr. Olympia competition. His size and workout routine proves that he means business. He is also active on social media platforms, where he shows his fans his workout routines.

Nick Walker, despite that he is inexperienced, has shown that he is worth his salt and he's a doer and not a talker. He entered the 2021 New York Pro and placed first effortlessly; this qualified him to participate in the 2021 Olympia event.

However, Mr. Olympia is a big event with professional bodybuilders participating. That explains why he placed 5th instead. Before he competed in the 2021 Mr. Olympia, he placed first at the Arnold Classic as a first-timer. This win is more interesting because he had earlier predicted that he would win before even participating.

Walker or "The Mutant" as he is also known gives his fans a peek into his workout routine and on one of such workouts, he was seen working out with the 2019 212 division Mr. Olympia Kamal Elgargni.

Nick is making intentional efforts to be better and fit for 2022, Mr. Olympia. He recently changed his coach in February 2022 and is now working with Dominick Mutascio. Since then he has been undergoing intense training, doing the heavy lifting.

Nick Walker is a sensational bodybuilder and he's commanding a lot of attention and interest. This man seems like the winner of the 2022 Mr. Olympia, he's ticking every box and putting everything in the right places. 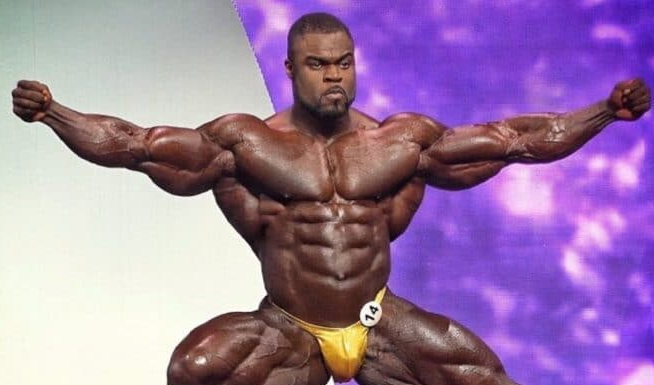 The year 2019 was a game-changer for him. That year, he was the winner of the Arnold Classic and Mr. Olympia in the same season. He became the third man to achieve that feat, the others being the legendary Ronnie Coleman and Dexter Jackson.

Curry has plans to win 2022, Mr. Olympia. He is already making his plans seeing as he placed first in the just concluded Arnold Classic event 2022. Brandon Curry is a man with lots of potential and judging by the way he is going, he could make history soon.

The 2022 Mr. Olympia event will be a tough one. If Brandon Curry emerges as the winner, he would be among the 16 Champions that have won multiple titles. Also, he would get the chance to regain his lost title like his mentor Cutler. Brandon looked up to Cutler and he was in attendance in the 206 Olympia when Cutler regained the title from Coleman.

Remember Brandon has the potential to make history? Here's the deal. If Brandon emerges the winner of the 2022 Mr. Olympia, he will be the first man to win both the Arnold Classic and Mr. Olympia twice in the same season. This is a rare feat and if he can pull it off, he'd be among the bodybuilding legends. Talk about the prize money, he'll be making $600,000 from just bodybuilding in one year.

Brandon is among the list of most likely winners of the 2022 Mr. Olympia. With great bodybuilders entering the competition, it won't be an easy win for Brandon either.

We've reviewed the most likely winners of the 2022 Mr. Olympia. As you can see, each of these bodybuilders is a force to be reckoned with. Each of them has made history in their way and they all have the potential to become winners.

The big question now is who will win?. We've tried doing the math, but only time can unveil the true winner.

Also, let's not forget that Brandon placed 5th in the 2018 Mr. Olympia but in 2019, he came first. This means that there could be another bodybuilder whom we're not focusing on right now that could come and steal the show.

It happened with Brandon so it can happen again. If that doesn't repeat itself, we are left with Big Ramy, Nick Walker, and Brandon Curry to be the winner of the 2022 Mr. Olympia. For the forthcoming Olympia event, may the best man win!
Last edited by a moderator: Jun 2, 2022

I think Big Ramy will be "punished" for the fact that he went AWOL at the guest posing in Pittsburgh, and we are gonna see either a new winner, and I am thinking Nick Walker, or if Brandon Curry brings his best in terms of conditioning and balance lower body to upper body, then he might grab his 2nd Olympia win.

i think the same @tkD i think this year we will have a new mr olympia... maybe nick walker.

@The King Of Lurkers

I am going for Nick. He doesn't stop pushing ever. I like bodybuilders like that! No Off Season bodybuilders.

IFBB Pro League – Pay more attention to symmetry and not to muscle mass.