Here are some images of Pro Bodybuilder Victor Martinez!

Victor Martinez at the 2014 Arnold Classic 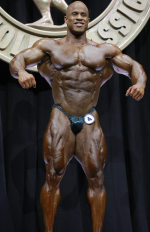 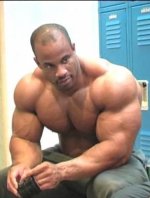 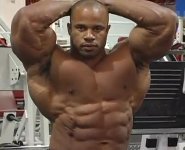 Here is what Victor Martinez thinks about bodybuilders in the 90s. Basically he believes they were better due to bodybuilding drugs. I do not really agree because look at all the bodybuilding drugs available today. See what he has to say about it.

Victor Martinez thinks that bodybuilding physiques were better in the 90s... and it's all because of drugs.


In our previous discussion, Victor already addressed his frustration with Ronnie and Dorian criticizing Olympia champion Brandon Curry's physique. That's why we decided to follow up with his own personal opinion about the bodybuilding physiques of the 90s. Were they really better in quality? Victor believes so - and he also claims to know why the quality has gone downhill in recent years.


Victor Martinez believes that the rise of underground drugs has changed the quality of bodybuilding physiques. The kinds of PEDs that competitors take today are very different than back in the 1990s. The internet vastly changed how easy it is to get PEDs... but it also vastly changed the quality of how these drugs are made. Victor thinks it's the lack of regulations on underground drugs that makes it harder for modern athletes to bring in their conditioning.


There is a sentiment in the industry that perhaps athletes in the 90s simply worked harder. Victor Martinez doesn't agree. He thinks that there are athletes working harder today than ever before. It's simply the quality of the drugs being taken. You can check out Victor's entire explanation in the GI Exclusive interview clip above.
Click to expand...

victor martinez talks about a “miscalculation” with diuretics