Thudgens96 said:
I literally had this kid as the 2nd coming the new Jay Cutler. I just don't want to believe it.
Click to expand...

true, he was the future of bodybuilding

No fucking way man!!! This cannot be real!
So sad to hear this about Dallas, it felt like I knew him.....may he rest in peace....life is not fair at all.

So sad! RIP Dallas. My prayers to you and your family.

Really a shock. A home accident like this is the last thing anyone expects to happen. Terrible for him and his family.

Joe Pietaro said:
Really a shock. A home accident like this is the last thing anyone expects to happen. Terrible for him and his family.
Click to expand...

joe, how did dallas died? what kind of home accident?

I Believe he choked on food but I am not positive yet.

TalkAdmin said:
I Believe he choked on food but I am not positive yet.
Click to expand...

I cannot think of anything worse that has happened in bodybuilding in a long time or maybe forever. I feel terrible for his girlfriend and family. I just found out about this about an hour ago and I cannot get over it or accept it. I found out becuace I was going to post updates on Dallas.

I just read this.. from hollywoodlife.com

So sad. Hours after we learned bodybuilding superstar Dallas McCarver passed away after reportedly choking on food, his girlfriend, WWE star Dana Brooke, said she’s trying to ‘be strong.’


“All we can do is be strong for him and pray like he would like,” WWE star Dana Brooke wrote in a tweet on Aug. 22, just hours after we learned her boyfriend, bodybuilding superstar Dallas McCarver, had died. Dana was actually responding to a tweet written by fellow WWE wrestler Natalya Neidhart, in which she said, “My thoughts and prayers are with Dallas McCarver, his family and @DanaBrookeWWE.” As we previously told you, Dallas died after reportedly choking on food, according to TMZ. The site claims the bodybuilding superstar was found unconscious after midnight on August 21. A friend is said to have discovered his lifeless body inside his Florida home.


We can’t even imagine what Dana must be going through. Especially when we heard that the last thing Dallas, 26, said to Brooke — on the day of his death — was, “I love you. Goodbye.” And that was after he told her he was about to make dinner. So his death was totally unexpected. Fortunately, no foul play is suspected at this time. Public Information Manager of the Boca Raton Police Department, Mark Economou, EXCLUSIVELY tells HollywoodLife.com that the “cause of death is pending on the Medical Examiner’s report. At this time foul play is not suspected.”


Earlier in the day, the bodybuilder took to Instagram and posted a video, in which he can be seen chest-pressing 160 pound dumbbells in each hand. He even wrote on Instagram that he had a “great” workout. Watch the video below.


Our thoughts and prayers continue to go out to Dallas’ friends and family during this difficult time in their lives.

TalkAdmin said:
I Believe he choked on food but I am not positive yet.
Click to expand...

So sad to be reading this R.I.P big guy!

Here's a perspective from a medical professional on not just Dallas, but also Piana and CT Fletcher:

Joe Pietaro said:
Here's a perspective from a medical professional on not just Dallas, but also Piana and CT Fletcher:

I have not watched yet but I agree that it probably did not have anything to do with steroids.

I will be watching soon though. You always have the inside scoop on everything bro.

I don't understand. His girlfriend said that Dallas said good bye to her. If he choked on food how could he talk?

ArnoldS said:
I don't understand. His girlfriend said that Dallas said good bye to her. If he choked on food how could he talk?
Click to expand...

i think he said it before he went to prepare dinner. then he choked on food eating. that was a goodbye for the day, not a final goodbye.

very sad news. so young and such a bad way to die...

Right xtace. He was probably pushing that protein down.

The site is quieter than usual. Everyone is depressed about this. 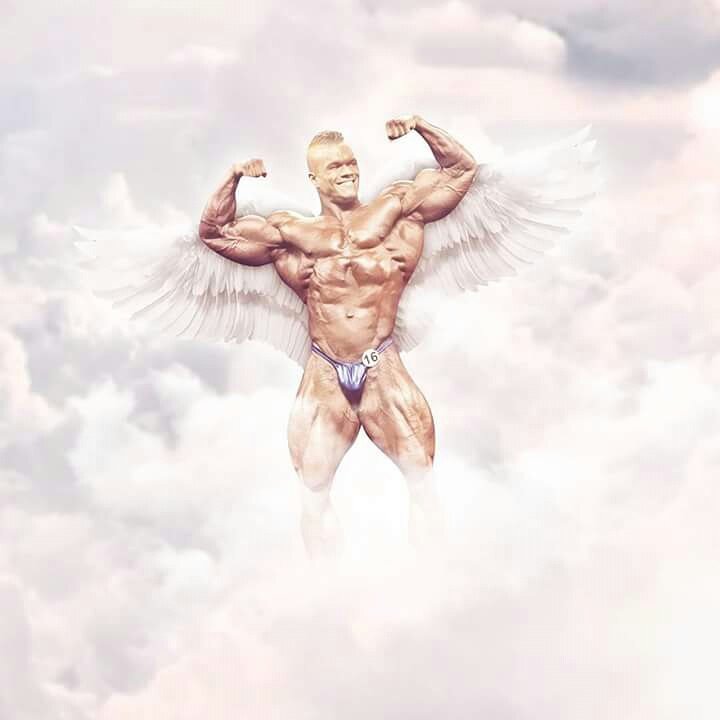