lol if he told him, everyone would be going up to Turk

Very impressive.... need to choose another most muscular though

Pain said:
Do you not see how embarrassing that would be for a Darrem to have a natural tell him he is natural and pretty much equal him in size?
Click to expand...

He should be. If I was Turk, I would have told him... maybe then Darrem would notice something important.
T

Awesome. Nothing else to add.

Thats fantastic. Great to see pro's interacting like that

Hey everyone sorry i haven't been responding to all of your AWESOME compliments!!!! I've just been unbelievably busy with this precontest diet and I've just been getting pounded with school work!!! So I appologize becuz I would like to reply to everyone's response! Ne ways it was obviously an amazing experience! I was shaking before i actually went up there with him haha! I really didn't want to do it at first but Joey basically made me and now I am without a doubt excited and happy that I did it! At first Darrem did not wanna go up with me, he seemed pretty pissed about the idea but then i went up to him and was like "hey man i'm 3 weeks out from a show my buddy doing my precontest and everything else is making me do this I don't mean any kind of disrespect I know who u are ur one of my best bodybuilders out there etc. etc. etc"... and then he was totally cool with it and was like don't worry i'll go up there but i could tell he was still against it......But then afterwards he seemed geniunly impressed and shook my hand and asked interestingly when's ur show again?! and i told him once again 3 weeks and he said taht i looked great and to keep working hard!!! It was without a doubt an amazing amazing experience and I'm happy that Darrem ended up being cool about it!

and to respond to sum of your posts......haha no i did not tell him i was natural or anything, he only knew i was 3 weeks out from a show! and just so everyone knows i had no idea they were going to put me up ther with an IFBB pro, joey mentioned to teh guy running the Muscletech booths that "I wanted to go up there and pose" and the guy at the booth is the one who asked me which pro i wanted to go against and i was just laughing like are you serious becuz i thought they were gonna get sum guy from the audience haha.....and obviously to be absurd about it i told him Jay cutler becuz jay had just arrived but he obviously laughed and said no way man haha

lol awesome man, glad He was kool bout it too
maybe he could tell your a natty..
lol Jay cutler? i'd pay to see that man!!

Pain said:
You got a bright future in bodybuilding, Turk.
Click to expand...

This post right here really means a lot.....Thanks Pain......I am unbelievably dedicated to bodybuilding and love the sport as Joey knows very well and has told me many times before that he believes I am one of the most dedicated bodybuilders out there with every aspect of the sport.

damn Turk that is an awesome story. you are a true inspiration. i wish i had the will power and dedication that you do in your training and diet. You are looking great for 3 weeks out and i agree with Pain you do have a bright future in bodybuilding. you are going to dominate in your show. congrats on everything bro and keep up all the hard work that you put in to bodybuilding.

Did mt offer u a contract?
R

Big VIC said:
Did mt offer u a contract?
Click to expand...

I can see Turk being a contracted athlete someday very soon.... thing is he just needs to improve like he's doing, it's gonna happen...

pakiman said:
Very impressive.... need to choose another most muscular though
Click to expand...

Dave does every type of most muscular you could think of, so your post makes no sense.

(You've got a pretty damn good fan base here already, but count me in too!)

Ironslave said:
I can see Turk being a contracted athlete someday very soon.... thing is he just needs to improve like he's doing, it's gonna happen...
Click to expand...

I agree But david would kill alot of the amature's. MT. has I was just wondering cause people Have told me they hand them out like candy...I wasent trying to be a dick or any thing...

look at this shit man, turk is not even a bit behind.. i would say the line looks better there (in this angle etc.) than darrem's 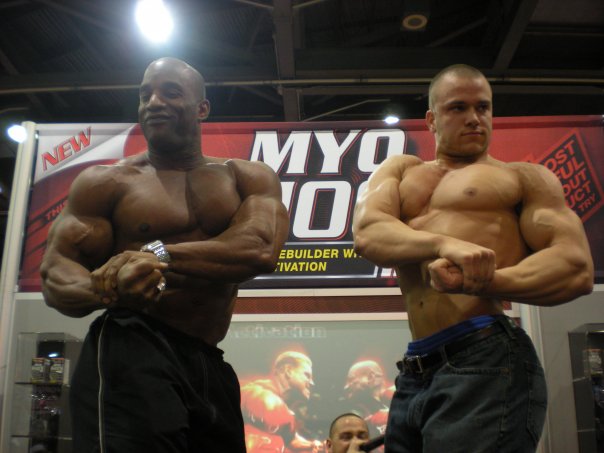 that's why I train.